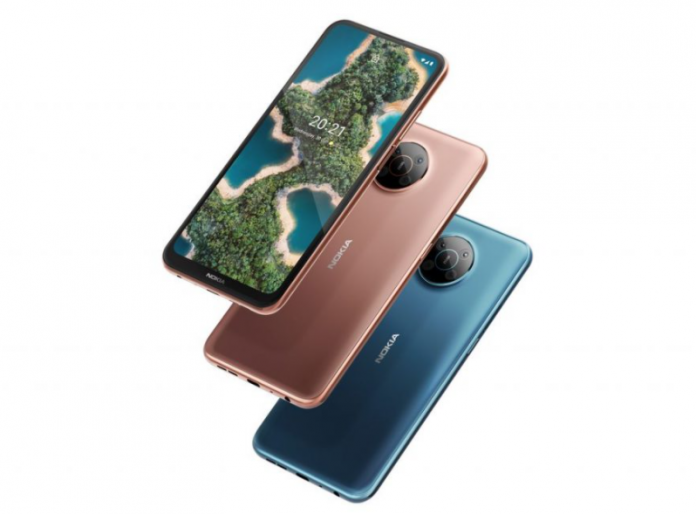 Nokia X10 and X20 was announced today with 5G and three years of software support. Nokia has used the “X” letter with many devices which also includes those developed by Microsoft.

The makers of these devices has also include the 100% compostable case to support the green initiative.

Both devices look similar in terms of design and specifications, the main difference is the camera. Nokia X10 and X20 comes with the midrange Qualcomm Snapdragon 480 5G SoC. This SoC is built on the 8nm architecture and has 2x Kyro 460 Gold (A76). Along with it, it also has 6x small cores and Adreno 619 GPU for all the graphics intensive tasks.

X20 also has a better camera compared to its sibling. The camera setup consists of a 64 MP main camera with a Zeiss optics lens and additional tools for photo color grading. It is a quad-camera setup so the three cameras include a 5MP ultrawide lens, 2MP macro lens, and 2MP depth sensor. There is also a 32MP selfie shooter housed in a punch-hole cutout in the display.

The X10 also includes a quad-camera setup on the rear side but its cameras are a bit on the lower side compared to its bigger sibling. There is a 48MP main lens, 5MP ultrawide lens, 2MP macro lens, and 2MP depth sensor. For selfies, there is an 8MP shooter housed in the punch hole on the display.

Both these devices are mind rangers and come with 5G connectivity. They also have Wi-Fi 5, Bluetooth 5.0, and NFC.

For the battery, there is the same cell of 4470 mAh in both devices that can support 18W fast charging. The company claims that users will get up to 2 days of battery life on both devices.

However, the main USP of Nokia devices is the Stock Android experience and these are no different. Users will get the Android 11 operating system out of the box with three years of promised android and security updates.
via: GSMArena