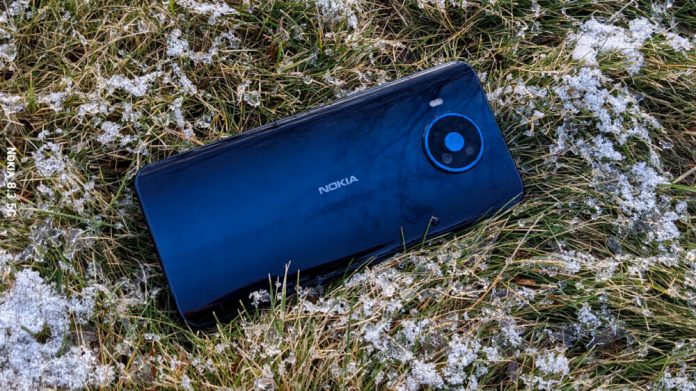 Nokia X50 tipped to be in the works and will be launched in Q3 of 2021 according to the reports. Back in 2019, HMD global under the brand name Nokia launched The Nokia Pureview 9. It was the first device to come with the Penta rear cameras. Since then there were rumors that HMD is working on its successor, the Nokia PureView 10. But it seems like as of now there will not be a successor to the Nokia PureView 9.

At the start of the month, Nokia launches half a dozen devices under its “C”, “G”, “X” series. Now there are reports that another Nokia device with 5G is coming in Q3 of this year. It will be the flagship device for the company and is on par with the competitors. Recently launched Nokia devices were just mid-rangers or a budget-devices.

This new Nokia device is tipped as the Nokia X50 and is the successor of last year’s Nokia 8.3 5G. It seems like this year, HMD is parting ways with the “Number series” and will focus on the “Alphabet series”. We have seen devices in the Alphabet series as “C series”, “G Series” and “X Series”.

The news comes from the Nokiapoweruser, and it claims that Nokia X50 will be placed at the upper-end device from Nokia.

The main USPs of this device are the 108MP rear camera and the Qualcomm Snapdragon775 SoC. The Snapdragon 775 SoC hasn’t been launched yet and will launch later this year for all the upper mid-range devices in the Q3 of 2021.

This Snapdragon 775 SoC will be the successor of last year’s hugely popular Snapdragon 765G SoC.

Apart from that, the Nokia X50 will feature a 6.5-inch display with QHD+ resolution and a higher 120Hz refresh rate. It will also come with the massive 6000 mAh power pack with the support of 22W fast charging.

Nokia will continue its partnership with the German Camera company Carl Zeiss for the device cameras. There will be a Penta camera setup on the rear side with a 108MP main camera lens developed in partnership with Zeiss. There is also a macro lens, ultra-wide lens, telephoto lens, and depth sensor.
(Source)