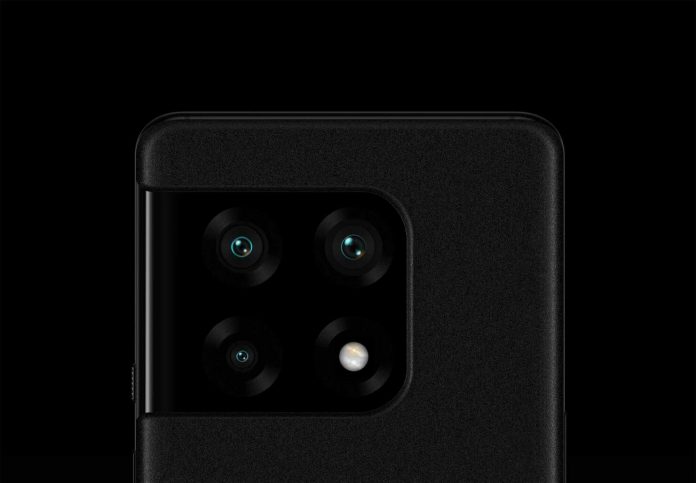 OnePlus 10 Pro will launch in Q1 of 2022 as a successor to OnePlus 9 Pro which launched early this year. The first look of the upcoming device from the leak looks very different from the previous generation. The leaked image shows a big camera module that houses triple rear cameras and a LED flashlight. The camera module looks very similar to Samsung Galaxy S21 Ultra.

If we look at the leaked image, we see there is a triple rear camera rather than a quad-camera system in its predecessor. If there are three cameras on the rear side, we also assume that it might reduce some manufacturing costs of the device. The fourth camera in OnePlus 9 pro is a monochrome sensor so if the company removes that monochrome sensor then triple cameras will be sufficient.

It will feature the Qualcomm Snapdragon 898 SoC like many flagship devices of 2022. Snapdragon’s next flagship chipset is likely to be announced on 30 November at Qualcomm Tech Summit.

OnePlus 10 Pro will release ample RAM and Storage like previous models along with all the top-of-the-line specifications that are necessary for a flagship smartphone. This year’s OnePlus 9 pro become the first OnePlus device to release at a hefty price of $1000. So we expect that its successor will also be launched at around a $1000 price tag. There is also a global chip shortage which will also affect the price of the OnePlus 10 series.

OnePlus will be launching three devices in a series next year just like this year. These devices are the vanilla 10, 10 Pro, and 10R. OnePlus 10 and 10 Pro will be the true flagship that will be directly competing with the likes of Samsung Galaxy S22+ while 10R will be a trimmed down version of the Pro model.