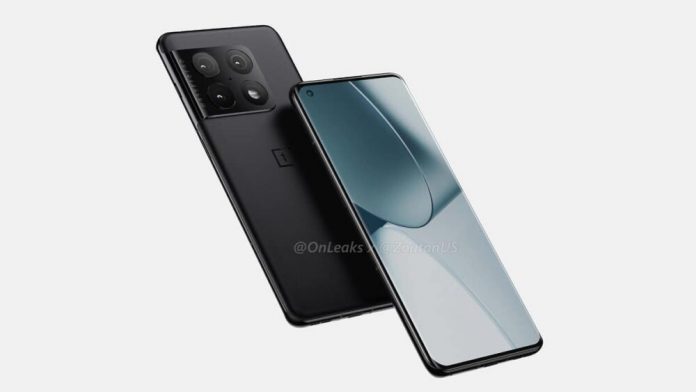 OnePlus 10 Pro will be launching in January way ahead of the usual launch date, confirms CEO Pete Lau. OnePlus usually launches its devices in March/April but this time the company is launching its’ devices much earlier.

This news comes from the company’s CEO Pete Lau. He confirmed the news on the Chinese Micro-blogging website Weibo. Although he kept the actual launch date under wrap there are speculations that the device will launch on 5th January at the annual CES 2022 event.

At CES 2022 in Las Vegas, the company is going to have an event where we might see the OnePlus 10 Pro and the regular OnePlus 10 smartphone.

The exact specification of the device is still unknown but there are some leaks and rumors. The Chinese OEM will launch two devices in January i.e. OnePlus 10 Pro and regular OnePlus 10 as a successor to the OnePlus 9 Pro and OnePlus 9. Both these devices come with the newly launched Qualcomm Snapdragon 8 gen 1 chipset which is also confirmed by the company’s CEO.

Some other leaked specifications for the Pro model include 6.67-inch 120 Hz OLED QHD+ display. The device will offer up to 12 GB of LPDDR5 RAM and up to 256 GB of UFS 3.1 storage along with a 5000 mAh battery pack. It would be interesting to see whether it could offer 120W fast charging or 65 W fast charging. It will have the IP68 water and dust resisting certification, alert slider on either side, and Android 12 based OxygenOS 12 out of the box.

On the rear side is a large square-shaped camera module which includes a triple camera setup, a dual-tone LED flashlight, and a Hasselblad branding as the camera is manufactured in partnership with Swedish camera manufacturer Hasselblad. Some rumors suggest that there is a 48 MP primary lens on the rear side and the company might offer the same Zoom feature as its predecessor.