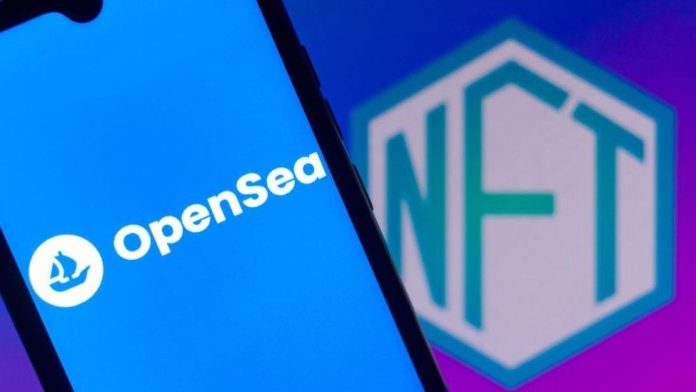 The platform’s CEO shared a screenshot from their internal Slack channel, revealing the employee layoff. He said that the company is preparing for a prolonged downturn period in the coming months; thus, cutting some people should help.

The world’s largest NFT platform – OpenSea, is laying 20% off it’s workforce, citing economic instability, especially around the cryptocurrency industry. Due to ongoing inflation triggered by the global economic crisis, several big tech companies like Meta and Google are cutting jobs.

This has paved the way for the next crypto winter, as OpenSea’s CEO Devin Finzer said the company is preparing for a prolonged downturn in the next coming months. Thus, laying off some staff may help.

Today is a hard day for OpenSea, as we’re letting go of ~20% of our team. Here’s the note I shared with our team earlier this morning: pic.twitter.com/E5k6gIegH7

Finzer didn’t make a mention of the OpenSea’s fresh round of funding worth $300 million earlier this year, which could have helped. But, he said;

“The changes we’re making today put us in a position to maintain multiple years of runway under various crypto winter scenarios (5 years at the current volume) and give us high confidence that we only have to go through this process once.”

The exact number of people being cut off by this announcement isn’t known, as OpenSea never revealed the official employee number. But from LinkedIn, it could be seen the platform has about 769 people working at OpenSea. Thus, it impacts around 150 people (20%) now.

Although, Finzer said all the affected ones will have “generous severance” and healthcare coverage to those impacted employees until 2023. With this statement, OpenSea joins other crypto firms like Coinbase, BlockFi, and Crypto.com that dumped hundreds of employees this quarter, citing similar reasons.