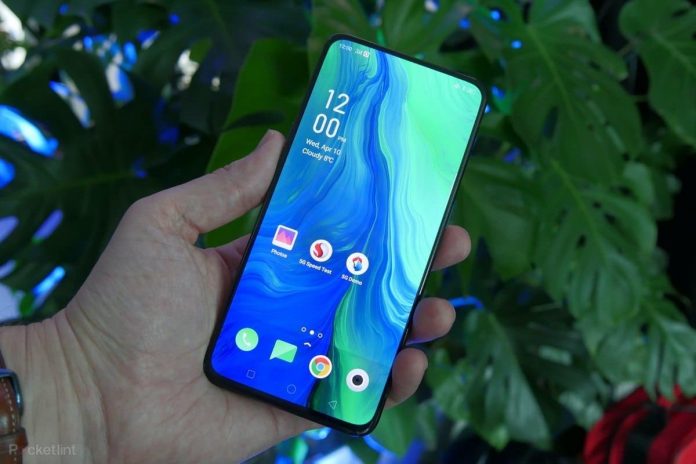 Reno series is Oppo’s mid-range series till yet and is among the most famous series of the company. Oppo Reno 5 is the fifth generation of this camera focused smartphone and will hit the shelf in December.

Before the release, as usual, there are some leaks, speculation, and rumors. A tipster posted on Chinese social media about the device.

According to the rumors and reports, there will be two devices i.e. Oppo Reno 5 and Oppo Reno 5 Pro. The pro variant of the series has already appeared on the website of the Ministry of Industries and Information Technology. Some photos of the device have also been leaked which shows the design language of the device.

The leaks suggest that there is a hyperboloid screen design. Sadly, we can’t recognize all the design elements. But on the front of the display, there is a punch hole cut-out for the selfie camera.

The rear side of the device looks similar to what we have seen in its predecessor. The company uses the same Matrix camera module which is used in the previous generation.

Leaks reveal that the device will come with a 6.55-inches display panel. The display comes with a resolution of 2400*1080 and has a higher refresh rate of 90 Hz. The device will use the MediaTek Dimensity 1000+ SoC. and a maximum of 12GB of RAM.

On the display, there will be a 32 MP selfies camera which sites in a punch hole cut-out. While on the rear side is a quad-camera set up in a similar vertical module. The main rear camera is 64 MP while the other camera specs haven’t been revealed yet.

Oppo is the pioneer of fast charging technology and this phone is no different. It comes with a 4350 mAh battery which supports Oppo’s 65W flash charging.

The device is 7.6mm thick and weighs only 173g which makes it the slimmest and lightest device to come with the Dimensity 1000+ chipset.