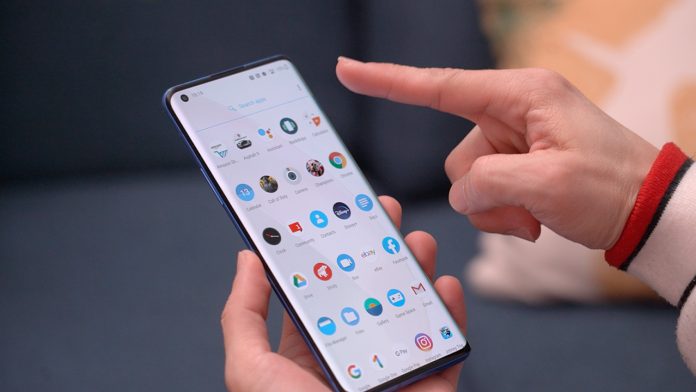 When it comes to Android skin, the OxygenOS is the best android skins out there. It is also one of the main USP of buying a OnePlus device. OnePlus is now working on the OxygenOS 11 based on Android 11.

OnePlus takes some inspiration from the Samsung android skin OneUI. The OS has design elements similar to OneUI. They onePlus redesigned all its system apps such as weather app, messaging app, contacts, and settings. The OneUI hugely inspires all the aspects of the systems apps. There are a header and empty spaces on the apps on the OxygenOS 11. The notification shade and the shelf also get a design overhaul.

Though the credit goes to OnePlus that despite taking some inspiration from OneUI, it sticks with its design language. Now, OnePlus is also introducing a brand new font called OnePlus Sans.

Implementation of Always on Display:

Some of the default apps are also getting some new features and changes. Zen Mode is designed to give some break and peace to the users. Zen mode is getting a new feature that will let users share their sessions with others. The default gallery app is getting a redesigned explore tab option. Now the explore tab generates stories similar to the Google Photos app based on the shots taken.

Users now have the option to set dark mode toggle automatically. Currently, more default apps support dark mode, and there are some changes in it.

Additionally, OxygenOS 11 brings more optimization to the RAM. Now the apps running in the background and eating battery will be shut down.

Suppose you are using the OnePlus device and intend to use the new feature before it’s released. Then you can download the developer build from the OnePlus website. The developer build is only available for the OnePlus eight series as of now. As the official android 11 is around the corner, so it seems that the OxygenOS 11 public beta is also coming very soon.