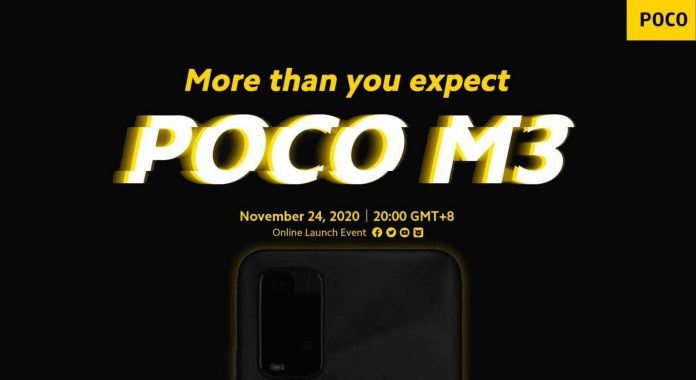 POCO M3 will be launching on November 24 globally announced by the company in an official tweet. This will be the second device from POCO in a few months after the global launch of POXO X3.

The company previously hinted at a device at the end of the year and this is the device. Recently the company, especially in India, launched a rebranded version of the Xiaomi devices with POCO X3 being the exception. It seems like the company again follows its strategy of launching a rebranded Xiaomi device. As the upcoming POCO M3 is a rebranded version of Xiaomi Redmi Note 10 4G. The Redmi Note 10 is yet to hit the shelf as this device isn’t launched yet.

The Redmi Note 10 carries the model number M2010J19SG and M2010J19SI as the former is for the global version and the latter is for the Indian version.

In China, Xiaomi will release Redmi Note 10 4G with model number M2010J19SG while there is no global release for the same device. In the global market, there will be a release of POCO M3 instead of the Redmi Note 10.

There are a few details leaked of the said device and it will be a Mid-range device from POCO. The TENAA listing confirms that there will be a Qualcomm Snapdragon 662 SoC in the device. It is not the most powerful chipset for mid-range devices and with so many options we are expecting this in late 2020.

However, POCO M3 will come with very competitive and aggressive pricing which may justify the use of this chipset. Qualcomm Snapdragon 662 is less powerful compared to Snapdragon 665 used in Redmi note 8 last year.

Other specifications include a combination of 4GB of RAM and 64GB of internal storage. The phone boasts a 6.53-inch FHD IPS LCD panel and for the front camera, there is a waterdrop notch at the top. 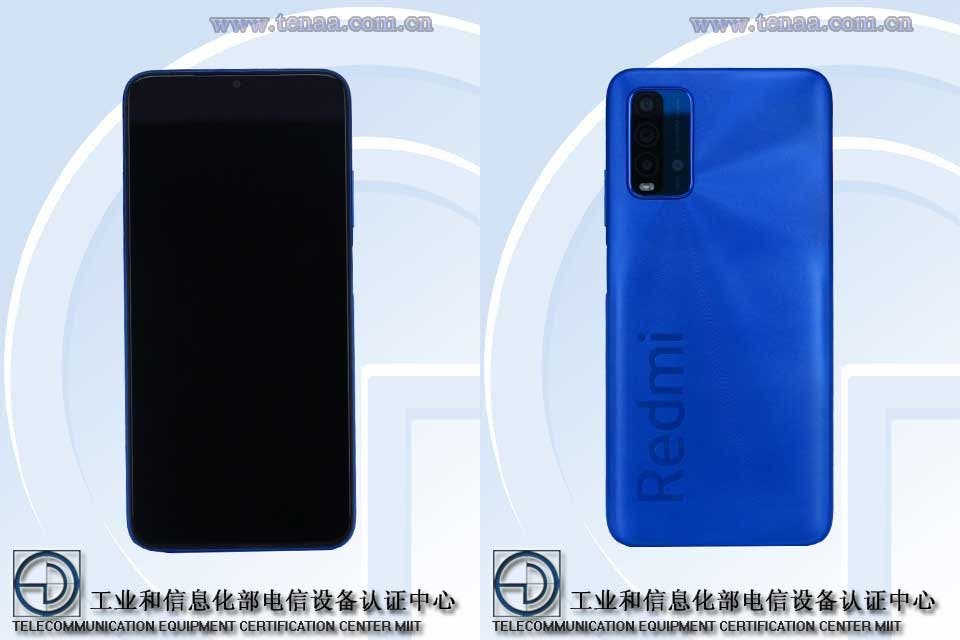 On the rear side, there will be a trip camera setup in a square vertical camera module. There is a 48 MP main camera and the rest of the camera details are not revealed yet. Powering up the device is the huge 6000 mAh battery with 22.5W fast charging.

As it is the POCO device so there will be a POCO launcher with Android 10 based on MIUI 12.
(Source)