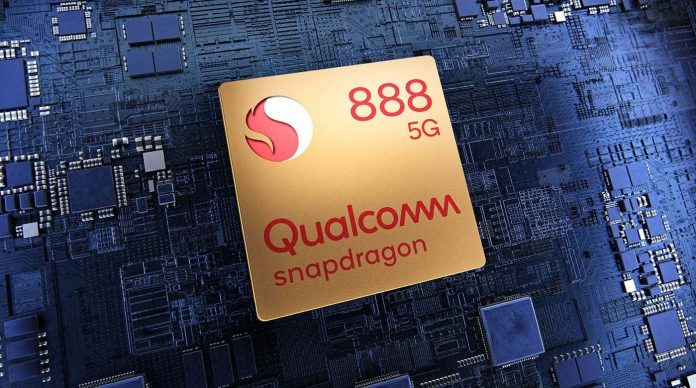 The tech enthusiasts have been waiting for Qualcomm’s next flagship which will power the smartphones in 2021.

It is a 5G ready chipset and comes with Qualcomm’s own Snapdragon X60 5G modem. This is the 3rd generation of the 5G modem from Qualcomm and comes with both mmWave and sub-6 networks. It is for the first time that the chipmaker has integrated a 5G modem into the chip.

The 800 series is the flagship chipset series from Qualcomm. It will be used in almost every commercially available flagship device in 2021.

As the flagship silicon, it comes with the built in 5G modem. Qualcomm added its third generation of X60 5G modem in the chipset. Being the third-generation 5G modem it is compatible with both global millimeter waves and sub-6 networks. This X6o modem also supports all the DSS (dynamic spectrum sharing), SA (independent), and NSA (Non-Independent) networking modes, global multi-sim card functions, and 5G carrier aggregation.

To improve gaming, the chipmaker also added 3rd generation Snapdragon Elite gaming. According to Qualcomm, Snapdragon 888 will offer the best gaming performance. This is achieved due to the improved Adreno 660 GPU performance. Another addition to the newly launched chip is the second-generation Qualcomm Sensing hub that “incorporates low-power always-on AI processing for intuitive intelligent features.”

Availability in the OEMs:

Almost every android manufacturer apart from Huawei will use this chip in their flagship devices. It is expected that the Xiaomi Mi 11 series will be the first official device to come with this silicon. After that most probably Samsung S21 series will be launched with this chipset in the select markets.

Following is the unofficial list of OEMs that will use this chipset.

Red Cross Hit With a Cyberattack, Data of Over 500,000 People Stolen

How To Close Or Force Quit iPad Apps

How To Hide Your ‘Last Seen’ Status In WhatsApp