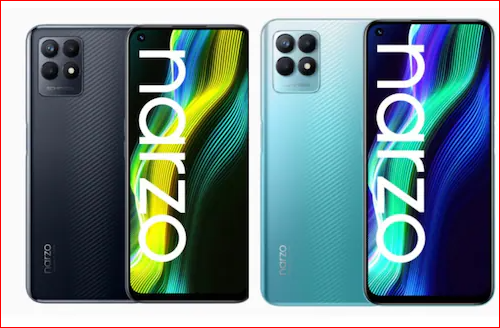 Realme today announced another budget device that goes by the name Realme Narzo 50 in India. It is the addition to the Narzo 50 series which also includes Narzo 50A and Narzo 50i, both of these devices were launched last year.

Here are the detailed specifications and features of this device.

Realme Narzo 50 design looks very similar to that of the Realme 8s which was also launched last year. There is a rectangular camera module on the rear side which consists of a triple rear camera setup along with a dual-tone LED flashlight. There is a textured design at the back panel which the company calls Kevlar Speed Texture design.

Upfront is a 6.6-inch Full HD+ LCD display panel with a 120 Hz higher refresh rate and 1080*2412 resolutions. The display also has a punch hole cut out at the top left corner which housed the 16 MP selfie shooter. 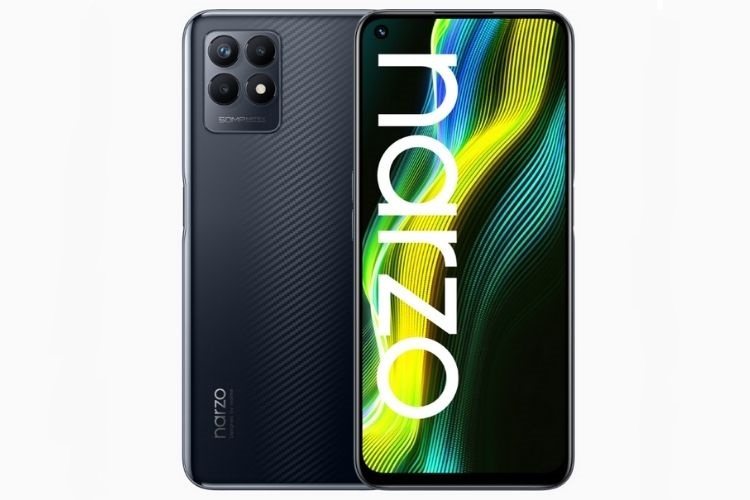 There is a triple rear camera setup which consists of a 50 MP main sensor, a 2 MP macro lens, and a 2 MP portrait lens. The camera setup offers many features such as slow-motion HDR, portrait mode, AI scene recognition, and AI beauty.

There is a 5000 mAh battery cell in the device which supports 33W Realme’s proprietary dart charging. The device comes with Realme UI 2.0 based on Android 11 out of the box. Some other features include USB Type-C, Bluetooth 5.1, and a fingerprint scanner inside the power button.