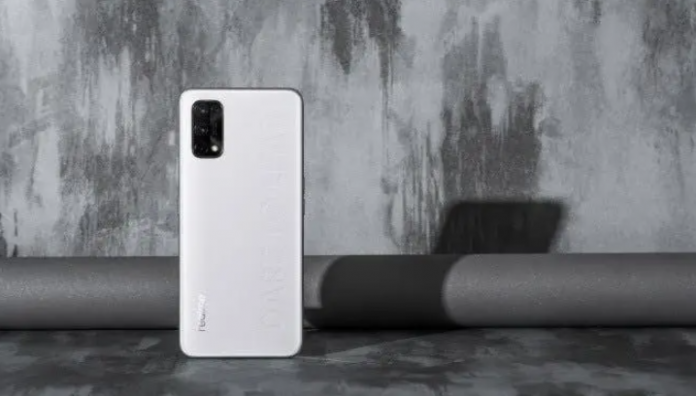 Realme will be launching its new series Realme Q2 on 13th October in China. There will be two variants in the series one is standard variant and the other is Pro variant. Today, Realme Q2 appeared on the Geekbench which also shows some of the specs of the device.

The device model number is “RMX2117” as seen in the Geekbench database. The image leaked over the internet is the standard variant of the device with 6GB of RAM. 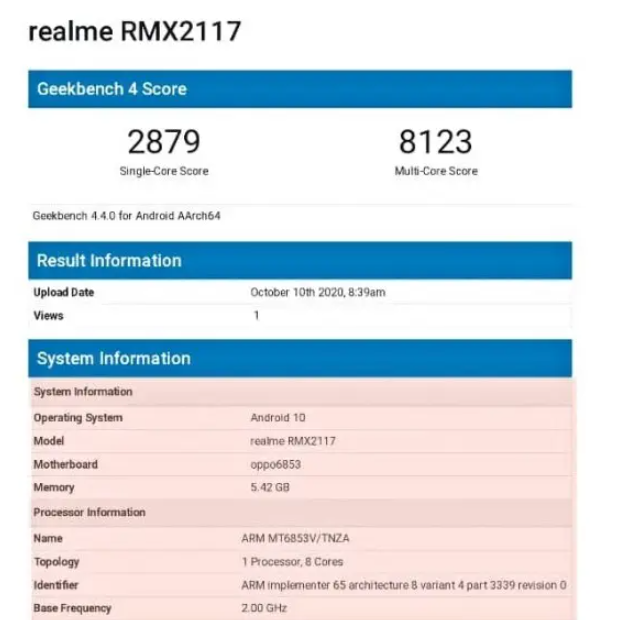 The Chipset comes with the Mali-G57 GPU to handle all the graphic intensive tasks like gaming. To improve the performance, Other tasks and AI processing there is APU added in the chipset. The Chipset is capable of supporting LPDDR4X RAM and also supports UFS 2.1 storage.

Additionally, the silicon also comes with the Full HD+ resolution support and support for a higher refresh rate of 120 Hz. It further supports HDR10+ for videos and MediaTek own MiraVision PQ engine for better HDR optimizations for videos. It means users can watch Netflix and Amazon Prime in high definition.

Dimensity 800U is also capable of supporting a 64-megapixel sensor for images and videos and a rear quad-camera. Other noteworthy features are the support for the Bluetooth 5.1, Wi-FI 802.11ac, VoW (voice on wakeup) and voice assistant services.

The most highlighted feature of this chipset is that it is a budget-oriented SoC and it comes with 5G modem. MediaTek also offers 5G support for its mid-range chipset just like the Qualcomm.

The Geekbench leaked image shows that the devices come with Android 10 out of the box and have 6GB of RAM. Most probably Realme UI 2.0 will be present on top of Android 10.

According to the Realme’s President and President Global marketing Xu Qi, high-end plain leather craftsmanship was used in realme for the very first time.

The upcoming device will feature plain leather back with “Dare to Leap” branding.

Some other reports about the device state it will feature a 6.5-inch FHD display panel with a single punch-hole for a selfie camera. The display supports the higher refresh rate of 120Hz and a 180Hz touch sampling.

The punch-hole cut-out on the display houses the 16-megapixel selfie camera and a triple rear camera setup on the backside. The rear cameras will feature 48-MP+8MP+2MP lenses. The phone is powered by a large 5000 mAh battery and will most probably support fast charging.