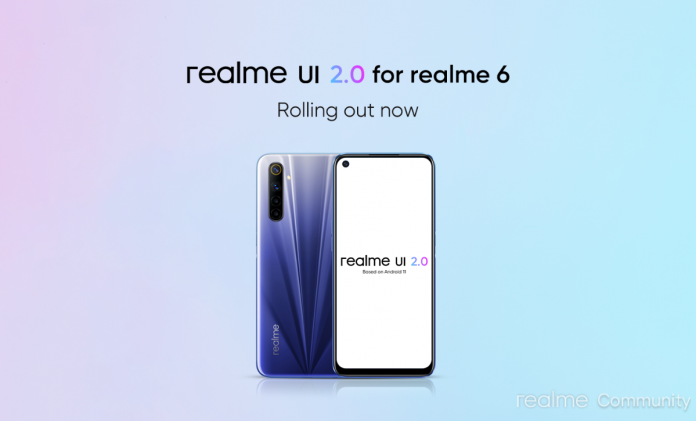 Realme UI 2.0 update has started rolling out for a couple of more realme devices. This update is based on Android 11 and will roll out for realme X, 6, 6i devices globally after being in the beta stage for a few weeks. In a few days the Narzo 10A will also be getting this new update based on Android 11.

According to the changelog these updates, the devices received three different dark mode styles. These styles include gentle, medium, and enhanced. The device’s display will now be automatically adjusted to ambient light. There are few changes in the default launcher of the devices. Now users can adjust apps according to the name, most used, and installation time in the default launcher. Just like Xiaomi’s devices now users can also uninstall multiple apps in realme UI 2.0 with this update.

Another new feature which the update brings is called “Tone tunes”. It creates a single tune of successive notifications tones.

The rest of the features are similar which we have seen in Android 11 based devices. The update is rolling out in different batches so some users might get the update late but it will be available for all the mentioned devices soon globally.