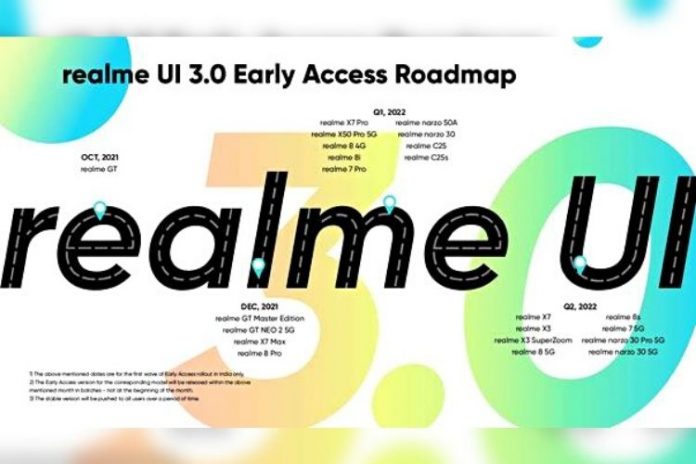 Realme UI 3.0 based on Android 12 will be available for 20 devices confirmed the company. At an event where the company unveiled its Realme GT Neo 2 in India, Realme shared its roadmap for Realme UI 3.0.

Google earlier this month officially released Android 12 source code to its Android Open Source Project. As a result, many OEMs will start working on their custom ROM based on Android 12.

Right after the official source code of Android 12, realme announced its Realme UI 3.0 based on Android 12. The next version of realme UI is somewhat inspired by both stock Android and Oppo’s Color OS 12. It is obvious that the company would take hints from Color OS 12 as realme initially started as a sub-brand to BBK electronics-owned Oppo.

In this article, we have shared the list of devices that will receive the official realme UI 3.0 update based on Android 12.