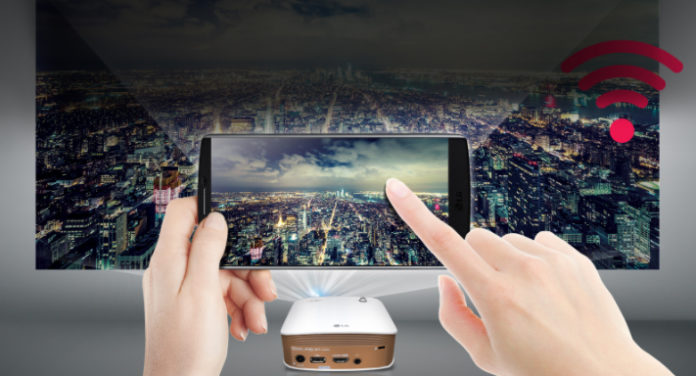 Full-screen smartphone displays are very popular right now so you can follow this tutorial to use Navigation Gestures on the Redmi 5 and Redmi 5 Plus.

The cellular phone has evolved tremendously over the last 5 decades. They started out looking like a regular landline handset but it was attached to a big carrying case that holds the cellular technology. As the technology evolved, the phone was just a regular handset with a number pad on the bottom half and a very poor screen on the top half.

The thickness of these phones shrank until the smartphone came onto the market. These smartphones were using new technology that hadn’t been used in a phone before.

They had a full QWERTY keyboard and this was the time when BlackBerry dominated the market. It was the IBM Simon which was actually the first full-screen smartphone but it wasn’t until Apple introduced the iPhone for this market to really start to mature. The first iPhone had a 3.5″ screen and Steve Jobs said it was the perfect size for a smartphone due to accessibility. The trend obviously proved this wrong as larger smartphones are selling many times more than their smaller counterpart.

These displays can only get so big before they become unwieldy so companies have begun shrinking the bezels. They’re shrinking them so much that their marketing ads are emphasizing a bezel-less phone. Debate that word if you must but Android has software navigation buttons for years and now that is starting to change. Android P will implement a very wonky but optional version of navigation gestures but MIUI 9 has knocked it out of the park on the Redmi 5 and Redmi 5 Plus. This guide below will show you how to switch to Navigation Gestures on the Xiaomi Redmi 5 and the Redmi 5 Plus.

How to Enable Navigation Gestures on the Xiaomi Redmi 5

We will always need a way to navigate through a piece of technology. The iPhone made the single hardware button popular for a couple of reasons. The main reason was that it was simple to understand. The world was not used to using cellular phones in a fullscreen type of way and teaching even kids the button on an iPhone takes you back to the Home Screen. Android has always done things a bit different. Those Android engineers also thought it was a good idea to have a home button but that’s not all.

Instead of forcing application developers to program in a back button, they could use that space for something else with the user having a dedicated system-wide back button. Android was also very popular because unlike iOS we could multitask and that meant the operating system needed a way to navigate through our open applications. This is where the Recents button came into play but a few years ago Google tried to officially change that name to the Overview button. It’s easy to say that it hasn’t been a very successful transition.

So now that more customers want their applications to take up the entire screen, many OEMs have started to offer Navigation Gestures. There are a number of different ways that gesture-based navigation methods can be implemented and everyone will have their own preference. I really enjoy the way Xiaomi setup MIUI’s method and we can turn on the Redmi 5 Navigation Gestures feature by opening up the Settings application. From here, scroll down until you see a menu option labeled Full Screen Display.

We want to tap this as this is what Xiaomi is referring to for its Navigation Gestures feature. By default, the Buttons option will be selected and this means the three software navigation buttons will be sitting at the bottom of the screen. However, simply tap the Full Screen Gestures option to the next of it and then you will see those buttons disappear. You’ll immediately be asked if you want to take a tutorial to learn Xiaomi’s gesture system for the Redmi 5 and Redmi 5 Plus.

I definitely recommend going through the tutorial, or you can simply watch the embedded video above to see how it works.

How to Switch the Redmi 5 from Chinese to Global ROM

How to Unlock the Bootloader of the Redmi 5 [Part 2]

How to Stop the Redmi 5 from Closing Apps

How to Unlock the Bootloader of the Redmi 5 [Part 1]

How to Boot the Xiaomi Redmi 5 Into Recovery Mode