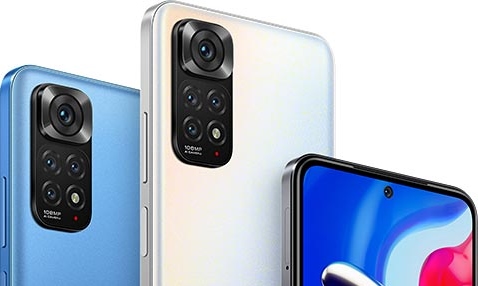 On Thursday, Xiaomi’s spin-off Redmi has unveiled a range of phones under the Note 11 series. One among them, Redmi Note 11S is now tipped to show up as a Poco M4 Pro 4G in some markets.

This came from a recognized XDA developer, who noted that the codename for both the handsets said above is the same – fleur. Although, it won’t be just a direct launch with rebranding, but also some colors and storage capabilities can be tweaked.

With the smartphone industry changing rapidly every day, OEMs are competing against each other in every possible manner. And this sometimes might include them skipping the designing of new products, but rebranding some old items and launching them as new.

OEMs with close sub-brands like Vivo-iQoo, Xiaomi-Redmi, Redmi-Poco do this very often. And there’s nothing wrong if they can perfect the rebranding. Poco, in this case, excels! In past, we’ve seen many Redmi phones being launched in exclusive markets, just to let Poco launch them in rest markets with slightly tweaking.

And the Redmi Note 11S is what possibly be the new Poco M4 Pro 4G. This is tipped by an XDA developer going by his handle name yshalsager, who spotted that both the phones in question carry the same codename – fleur.

While there’s already a POCO M4 Pro 5G, note that was a 5G phone, which will be slightly pricier than regular 4G variants. Thus, in this case, the all-new Poco M4 Pro 4G, if being the Redmi Note 11S, will come with a 6.43″ FHD+ LCD with 90Hz refresh rate, a MediaTek Helio G96 SoC with 6GB/8GB RAM variants, and up to 128GB storage.

With a 5000mAh battery coming with 33W fast charging support, this handset will sport a quad rear camera setup led by a 108MP primary sensor and a side-mounted fingerprint scanner. There are no details on when this could be launched and where.