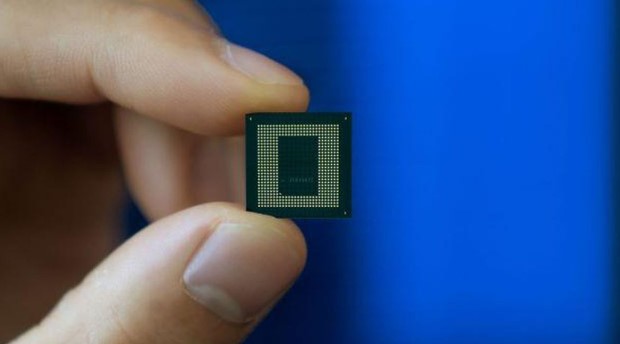 Leading the semiconductor manufacturing race, Samsung said it started mass-producing chips based on the 3nm process node – the most advanced technology now.

Samsung noted it’s 3nm process node offers a 23% better performance than the 5nm counterpart, while also consuming 45% less power and having a 16% less surface area. And the most significant, it’s based on the GAA technology, which Samsung calls Multi-Bridge-Channel FET (MBCFET) – better than the current FinFET system.

Just when TSMC was preparing to begin the 3nm-based chip production, Samsung advanced the line with a commenced business already. The South Korean giant today revealed that it started mass-producing chips based on it’s 3nm process node.

This advancement is in pursuit of Samsung’s pledge to get better in the semiconductor industry, where it announced spending over $350 billion in the next five years. Samsung’s new process node seems to be a good contender for standing against TSMC, who’s having bigger clients in it’s portfolio and is also the largest chip contractor in the world.

Well, Samsung is just behind it, and it’s early production of 3nm-based chips can give it a better push in the industry. The company noted it’s 3nm process node offers 23% more performance with 16% reduced surface area while consuming 45% less power – than compared to 5nm technology.

Moreover, Samsung used the gate-all-around (GAA) transistor architecture – which it calls the Multi-Bridge-Channel FET (MBCFET), and better than the current FinFET transistor architecture. With wider channels to allow the electricity to flow better and reduce the voltage level, Samsung said it’s of flexible design to adjust according to customer needs.

While it didn’t reveal for whom it’s mass-producing the chips, the company noted a second-generation 3nm process node in works with improved power usage, performance, and surface area.