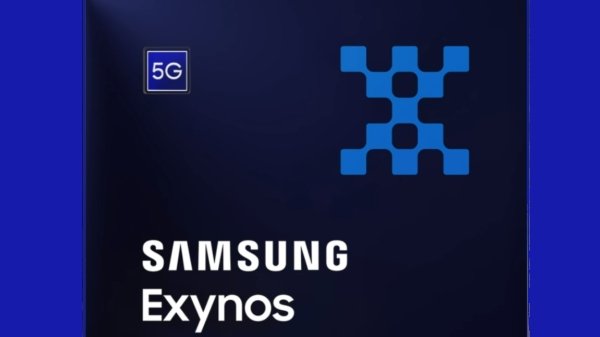 This chipset will directly compete with the likes of recently launched Qualcomm Snapdragon 8 Gen 1, MediaTek Dimensity 2000, and the Apple A15 Bionic chipset. Along with the small teaser, the company also shared some details about its next flagship chipset.

The chipset is the successor of last year’s Exynos 2100 which we see in the Samsung Galaxy S21 series in select regions. The Samsung Exynos 2200 chipset will come with AMD RDNA2 GPU and it will be the most powerful chipset that Samsung has ever made.

The chipset is built of the 4nm fabrication similar to Qualcomm Snapdragon 8 Gen 1 and MediaTek Dimensity 2000 chipsets. It is an octa-core chipset that includes one ARM Cortex X2 based high-performance core, three ARM Cortex A710 cores, and four ARM Cortex A510 efficient cores.

The CPU performance of this chipset matches the performance of Qualcomm Snapdragon 8 Gen 1 and MediaTek Dimensity 200, according to the leaks and rumors.

This year Samsung partners with AMD to bring AMD RDNA2 GPU in Exynos 2200 which brings an extraordinary 17% improvement in GPU performance over its predecessor.

#PlaytimeIsOver. The gaming marketplace is about to get serious. Stay tuned for the next #Exynos with the new GPU born from RDNA 2. January 11, 2022. pic.twitter.com/0H2MeVUbeS

It is for the first time that with Exynos 2200, Samsung brings real-time ray tracing in Smartphones. Also, this time AMDs RDNA2 core architecture will be powering the Exynos 2200 GPU. The same GPU is used in powerful gaming consoles like PlayStation 5 and Xbox series S and X.

This Samsung Exynos 2200 will be used in Samsung Galaxy S22 series devices in select regions. Mostly the countries in Southeast and Central Asia, Africa, and Europe. America and Canada will most like get the S22 series devices with Qualcomm Snapdragon 8 Gen 1 chipset. Samsung’s upcoming flagship S series will consist of three models like last year’s i.e., Samsung Galaxy S22, S22+, and the S22 Ultra.