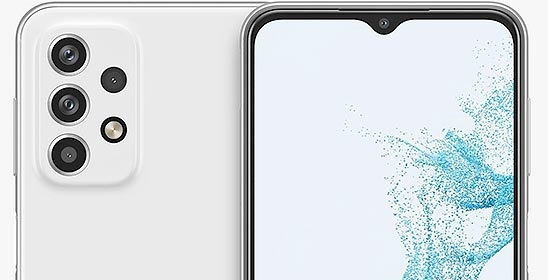 Samsung seems all set to launch a new mid-range smartphone – Galaxy A23 4G soon, as the company has listed the handset’s support page on the Russian website.

While there are no specific dates or images of Galaxy A23 4G yet, the support page revealed it’s model number. Also, previous reports leaked the handset’s Bluetooth, storage, chipset and display information.

After having a bang with the Galaxy S22 series launch, Samsung is now set it’s focus on the mid-range smartphone segment as it prepares to launch the Galaxy A23 4G soon. So far, we have been watching the leaks pouring from here and there, revealing it’s key details regarding the display, chipset, and more.

But now, an official confirmation from the company was given. A support page for the Galaxy A23 4G is now live on Samsung’s Russian website, hinting at the phone’s imminent launch. This page revealed the handset’s model number as SM-A235F.

Also, the Galaxy A23 4G was previously listed on the Bluetooth SIG certification website, revealing it’s Bluetooth configuration to be of v5.0. Also, the previous leaks regarding the phone say that it shall have a dual-SIM card and come with Snapdragon 680 SoC and 4GB RAM.

Well, there are chances that Samsung may launch this phone with a 6GB RAM configuration too. Further, the Galaxy A23 4G will run on One UI 4 based on Android 12 and have a 6.6″ IPS LCD display with a waterdrop notch, a side-mounted fingerprint scanner, USB Type-C port, a 3.5mm headphone jack, and a quad-rear camera setup with 50M primary sensor.

More details can be known in near future through leaks, or when Samsung officially launches it.