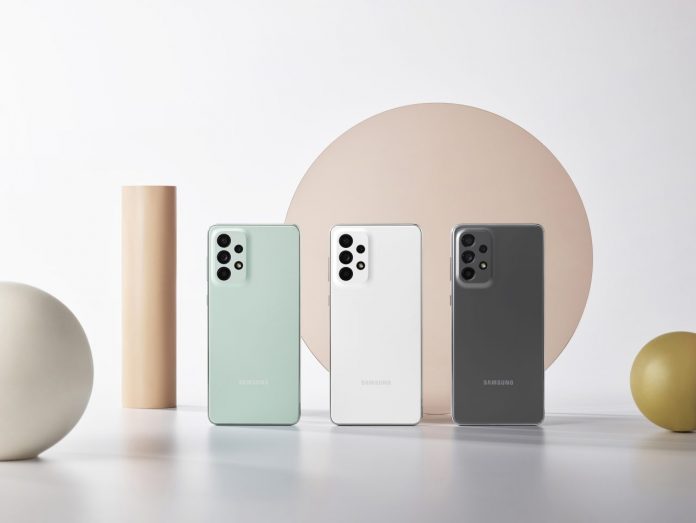 Along with the Galaxy A53 and A33, Samsung also launched the upper mid-range Galaxy A73 5G at it’s Galaxy A event held today. The Galaxy A73 5G is the most premium A series device and is the successor of the Galaxy A72 5G which was also launched last year. It comes with some improvements over the previous generation and at a budget price tag. So, let’s have a detailed look at the specifications of this device.

From the rear side, all the newly launched Galaxy A devices look identical with a vertical camera island that contains a quad-camera setup along with an LED flashlight. On the front, there is a 6.7-inch FHD+ Super AMOLED Infinity O display with a 120 Hz refresh rate. The punch-hole cutout at the top center which the company called “Infinity O” housed the 32 MP selfie shooter and there is an optical fingerprint scanner at the bottom of the display.

What’s pretty impressive is that Samsung has promised four years of official Android updates on all the Galaxy A series devices launched today and five years of security updates on these devices. Considering the fact that these are mid-range devices it is a pretty bold move from the South Korean Smartphone maker.