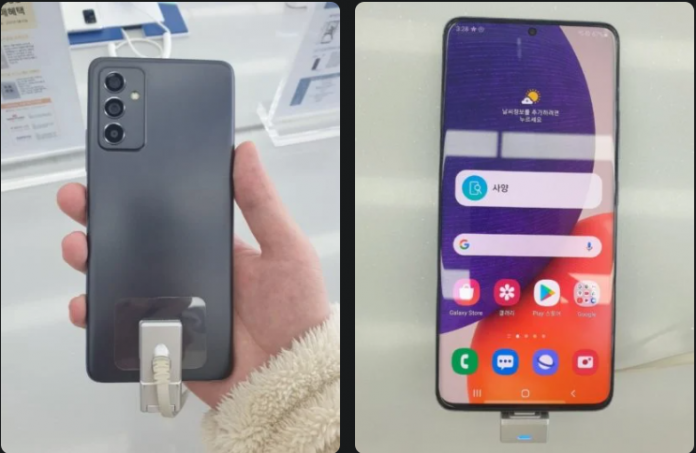 Samsung Galaxy’s upcoming A82 has a fresh set of leaks showcasing the handset’s design. It reveals the phone to possessing a basic rear camera design in a vertical alignment, rather than previously touted flipping cameras like in Galaxy A80. Further, it’s reported to have a waterfall screen design and a punch-hole display for equipping the front camera. 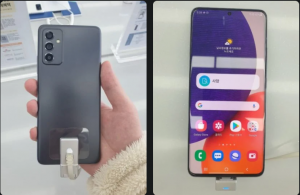 Samsung is in an unstoppable mood of launching upper mid-range smartphones to takeover other OEMs in the industry. While it makes reliable phones, the community is gradually preferring smartphones that are not just reliable, but also creative and innovative.

This should come in not just in the form of software, but also hardware. Especially in the field of cameras where more Samsung users fall in. Evolution from basic cameras on bezels and panel to punch-hole and popup, we have seen many including the most creative under-display camera types. But, flip cameras are the real fun.

We’ve seen flip cameras (rear sensor acting as front camera too) in many handsets like Asus 6Z, Galaxy A80, etc, and rumors about The Galaxy S82 say the same. As we’re building the excitement for it, a fresh set of leaks stumped our hopes by revealing the new physical design of the rumored Samsung Galaxy A82 handset.

The images and an unboxing video shared by SamMobile sees the Galaxy A82 (touted as Quantum 2) having a triple rear camera setup on a slightly raised platform. The cameras are aligned vertically, and in a design resembling the Galaxy A52 5G. Overall, with a flash sensor beside the alignment, we see the Galaxy A82 looking more like Galaxy S21 FE.