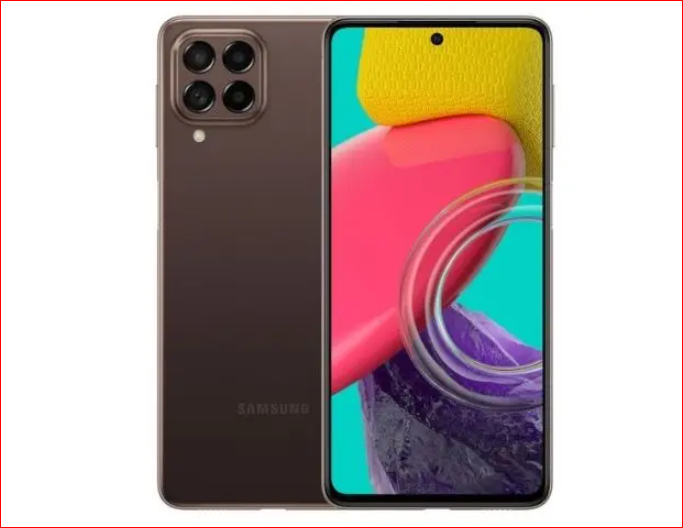 After refreshing it’s Galaxy “A” series, Samsung has launched The Samsung Galaxy M53 as a new budget device which is a successor of the Galaxy M52 launched last year. It is a budget device that comes with features like a 120 Hz display panel, 5000 mAh battery, 108 MP primary camera, and a MediaTek chipset.

Here is a detailed look at the specifications of the Samsung Galaxy M53 5G:

The device features a 6.7-inch Super AMOLED display with a 120 Hz higher refresh rate similar to what we see in Samsung Galaxy A73 launched recently. This display has a center punch-hole cutout for a 32 MP selfie camera. Under the hood is the MediaTek Dimensity 900 chipset, which is for the first time that Samsung has used a MediaTek chipset in any of its smartphones. The chipset is paired with 6GB of RAM and 128GB of internal storage.

On the rear side is a squarish camera module which isn’t as big as other Samsung devices. There is a quad-camera setup on the rear side which contains a 108 MP primary sensor that supports optical image stabilization, an 8 MP ultra-wide sensor, a 2 MP macro sensor, and a 2 MP depth sensor. There is a dual-tone LED flashlight beneath the camera module.

Samsung Galaxy M53 5G comes with a massive 5000 mAh battery that supports 25W wired fast charging and it runs on Samsung’s custom One 4.1 Android Skin which is based on Android 12 out of the box. Other specifications include a side-mounted fingerprint scanner for additional security, USB Type-C, Bluetooth 5.2, and Wi-Fi 802.11ac. Most of the specification of this device is similar to the recently launched Samsung Galaxy A73 5G apart from the MediaTek Chipset. In this device, there is a MediaTek chipset while in Galaxy A73 Samsung used Qualcomm Snapdragon 778G chipset.