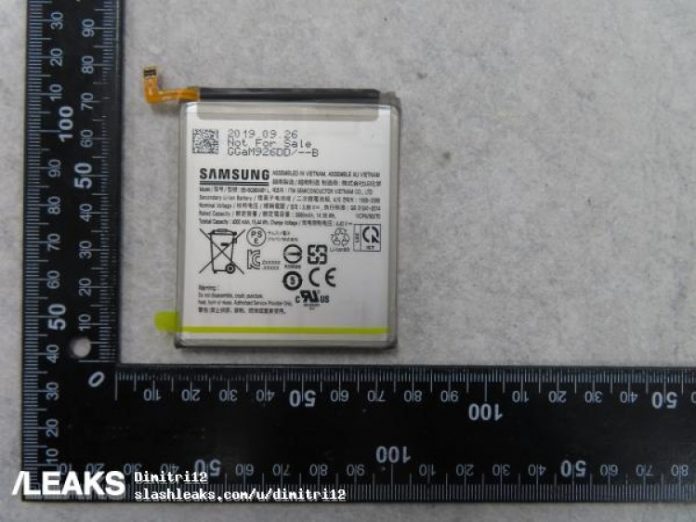 The Samsung Galaxy S11 is only a few months away, but we are already seeing a bunch of exciting rumors about Samsung’s upcoming flagship smartphone. So far, camera performance seems to be the signature feature of the Samsung Galaxy S11 series, considering all the past leaks that have informed us on several camera innovations that Samsung might be working on. The smartphone could come with a whopping 108-megapixel primary sensor paired coupled with a periscope camera that supports 5x zoom; and Samsung might add 3D sensors to both the front and primary camera systems.

The Samsung Galaxy S11 smartphone might also feature 3D face recognition according to a few other leaks, which would be an awesome upgrade for the Galaxy S line. Another new rumor that has poppes up now details one other major Galaxy S11 upgrade.

The leaker via Twitter claimed than the upcoming Galaxy S11e, the smallest and cheapest of the forthcoming Galaxy S11 phones might have a massive 4,000 mAh battery. The battery pack leaked, apparently, also teasing the smartphone will get several internal design changes:

In a follow-up tweet, the leaker suggested it wouldn’t be surprising for the Samsung Galaxy S11+ to come with a whopping battery of nearly 5,000 mAh, the kind of battery that you’d find on entry-level and mid-range battery smartphones that usually target developing markets. Such a battery capacity could possible assist with device features like higher screen refresh rates and 5G connectivity.

The Samsung Galaxy S11 should be unveiled next February, just like several of its predecessors.