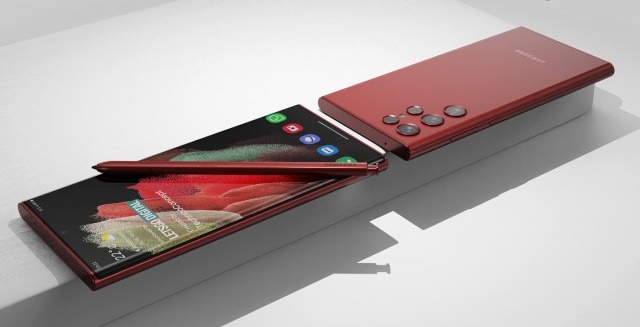 With hardly a week away from the launch of the Galaxy S22 series, Samsung has shared the Italian marketing posters of its high-end piece of the series – Galaxy S22 Ultra.

This confirmed many of the specifications of this premium smartphone, from display to battery, and processor to the camera. Samsung is said to fit in different processors in Galaxy S22 Ultra based on the region it’s selling.

Shared by Evan Blass, the high-end handset of this series – Galaxy S22 Ultra will have a huge 6.8″ QHD+ AMOLED 2X display with a 120Hz refresh rate. It’ll be curved, dynamic and 1,750 nits of peak brightness. With upto 12GB of RAM and 512GB of storage, Samsung may offer onboard storage upto 1TB too, but only in some countries.

Under the hood, it’ll come with the native Exynos 2200 processor for Europe, Africa, Middle East, Southwest Asia, and the Commonwealth of the Independent States, and the Snapdragon 8 Gen 1 variant for North America, Southeast Asia, Latin America, China, and Japan.

With support for recording 8K videos, Samsung will reportedly set in a 100X Space Zoom feature, along with Super Clear Glass support. Upfront, there will be a 40MP (f/2.2) selfie camera in the pinhole design of the display.