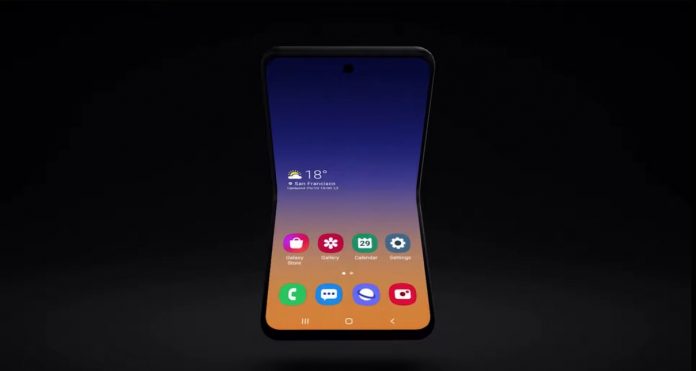 You probably weren’t expecting any major tech related news to break out of last night’s Oscar ceremony. We weren’t either. But that is exactly what has happened. Samsung Galaxy Z Flip!

We were expecting Samsung to unveil their highly anticipated Galaxy Z Flip phone during their ‘Samsung Unpacked’ press event on Tuesday. But the Korean Tech giants have given us an early preview of what is to come. During last night’s Oscar event, Samsung ran a teaser TV ad giving us glimpses of the new phone. The videos have already started circulating online. Here’s the ad:

While the advertisement refrains from explicitly mentioning the name of the phone, it is evident that this is the fabled Galaxy Z Flip. The ad ends with a mention of the Feb 11 date of the official Samsung Unpacked press event. An interesting part in the ad is a small disclaimer mentioning that users may notice “notice a crease at the center of the main screen”. Are Samsung trying to prevent potential complaints or have they inadvertently deterred a portion of potential buyers from considering a purchase?

Some images of the Galaxy Z Flip have leaked online. These images show a selfie camera with a centered hole-punch, a dual camera setup on the back and a small display besides the rear camera displaying the time & date. The display (which has been rumored to be a 6.7-inch Dynamic AMOLED) seems to have a uniform bezel surrounding it. And the bottom of the phone has a USB-C port and speakers. There is no headphone port. 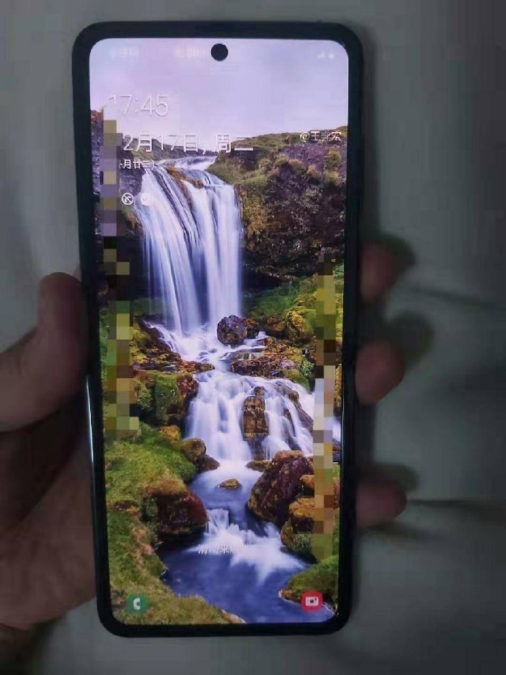 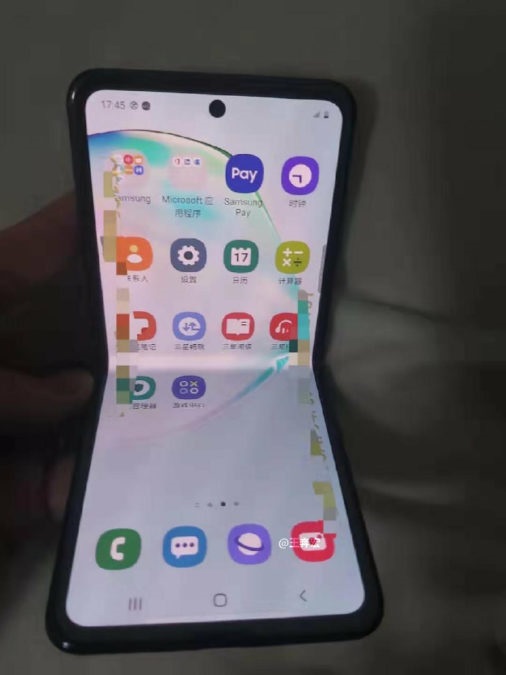 Specs wise, the phone is rumored to feature Qualcomm’s Snapdragon 855 SoC as CPU. The battery will either be 3300 mAh or 3500 mAh battery (conflicting rumors). Memory wise, the Galaxy Z Flip will feature 256 GB of internal storage that can be expanded with an external card. It will feature 8GB of RAM.

Camera wise, the rear dual camera setup (wide and ultrawide) each with a 12MP sensor. The front camera will have a 10MP sensor.

The phone will also supposedly feature a fingerprint sensor on the side.

These are all however rumors and have to be confirmed.

So far we have two rumors concerning the release date of the Galaxy Z Flip. One rumor suggests that the phone will be available right after the Unpacked event on Tuesday. Another rumor however claims that Samsung will be launching the phone on February 14 or Valentine’s Day.

We also have conflicting rumors about the price. All rumors however seem to be in agreement that the Galaxy Z Flip will be priced lower than the Galaxy Fold (priced at $2000).

We will keep you updated.

Instagram Will Not Display Targeted Ads For Users Under 18 Years