Samsung has unveiled a new enterprise-grade SSD named PM1653, which is based on the new SAS-4 standard and has 6th gen V-NAND chips. With a sequential speed of 4,300mbps, the new Samsung PM1653 is available from 800GB to 30.72TB storage capacities. It partnered with Broadway to leverage its HBA system and announced to make more this SSDs later this year. 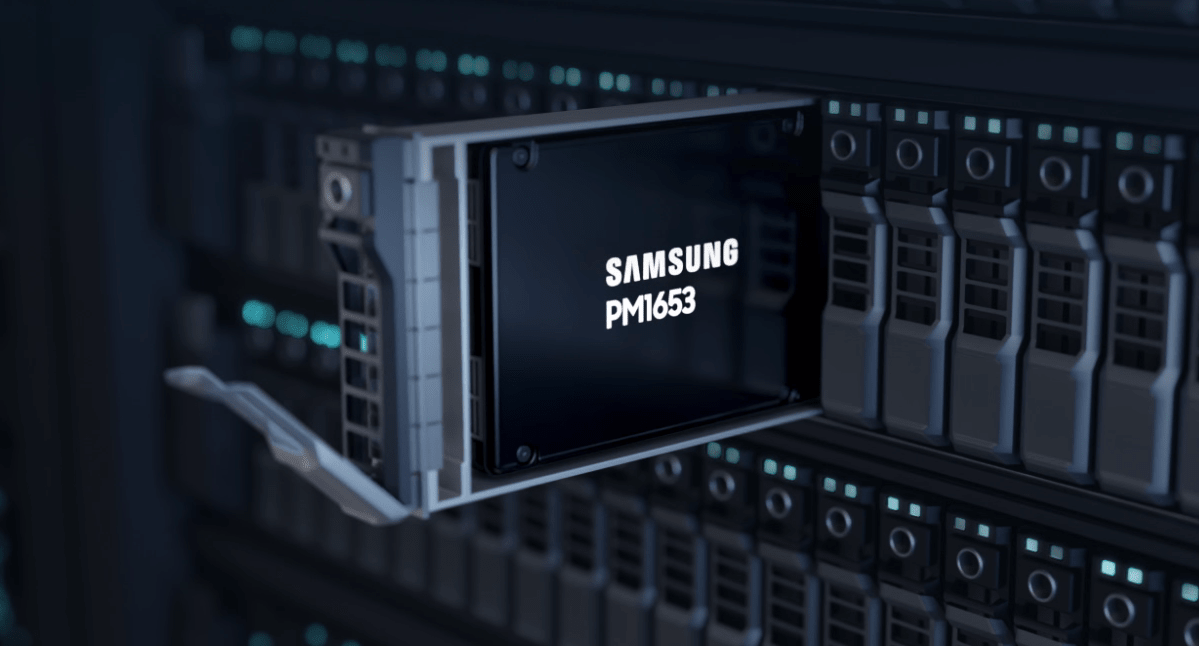 As the requirement for more and more storage continues every day, so does the speed of writing/reading from them. In the case of enterprises running online services, this need determines their users’ experience. Thus, an SSD solution like Samsung’s new PM1653 can cater best to their needs.

Samsung announced this new enterprise-grade SSD for servers and workstations, which have a lot to store and need for accessing them faster. The new PM1653 is made on ’24G SAS (SAS-4) SSD standard and performs twice the faster than its previous
12G SAS-3 generation.

All this incredibility of Samsung’s PM1653 wouldn’t be possible without a reliable Host Bus Adapter (HBA) system, which is supplied by Broadcom. This combination resulted in 5X RAID 5 performance, as per Jas Tremblay, VP and GM of Broadcom’s Data Center Solutions Group.

Also, this new SSD for enterprises has a dual-port system, where the data transmission happens in two paths, thus faster. Also, it’s helpful whenever there’s one port failure, so the other can transmit data. Finally, Samsung said it’s now sampling this PM1653 SSD with select customers’ and will start mass production later this year.