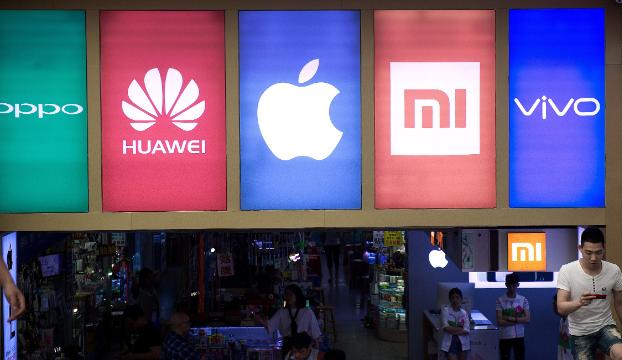 Samsung dominates the smartphone market in August and regained its position back from Huawei. Counterpoint published its monthly report of smartphone sales and according to them, Samsung tops the chart with a market share of 22%.

In the first half of 2020, almost every company faced difficulties due to the global crisis caused by a coronavirus. As the sale of smartphones begins to grow is an indication that things are back to normal gradually.

Samsung leads the Market in August while Huawei sales are declining

Huawei’s sales are declining globally as an impact of the US sanctions imposed last year. In fact, Huawei is at second-place last month in terms of sales mainly due to the better situation in China compared to other parts of the world. Huawei gains 16% smartphone market share in July as most of the sales come from China. The Chinese mega telecom corporate has been the market leader since April this year beating both Samsung and Apple.

Samsung regains its position as a market leader mainly due to the Indian Market. Samsung’s success in India in the second quarter of the year is due to the border clashes between India and China and an anti-Chinese sentiment going all over India.

Apple remains at the third place in terms of smartphone sales with a 12% market share. Xiaomi followed Apple in fourth place with an 11% market share globally.

Smartphone prices have increased in the last few years. Smartphone prices are set with many factors to keep in mind and a global economic crisis also plays a part. Research firm Counterpoint analyzed that the Smartphones prices going up by over 10% compared to the past two years.

The analyst believes that the increase in prices is due to the decline in smartphone sales globally. The second main reason for the price increase is the induction of 5G technology as many OEMs introduce 5G devices.

As 5G is relatively new technology means smartphones with the fifth generation of network bands and antennas are not cheap. The higher price than the average price of the smartphone resulted in the reduction of smartphone sales. The premium devices sale declined 8% while the total smartphone sales declined 23% on a YOY basis.

The decrease in smartphone sales eventually means the OEMs are not earning much hence the revenue of OEMs decreased 15% on an average.

Apple generated the most revenue in the second quarter of 2020 with 34% of the revenue from sales of all smartphones. Huawei still earns 20% despite the US sanction followed by Samsung with 17%, then VIVO with 7% and Oppo with 6%.