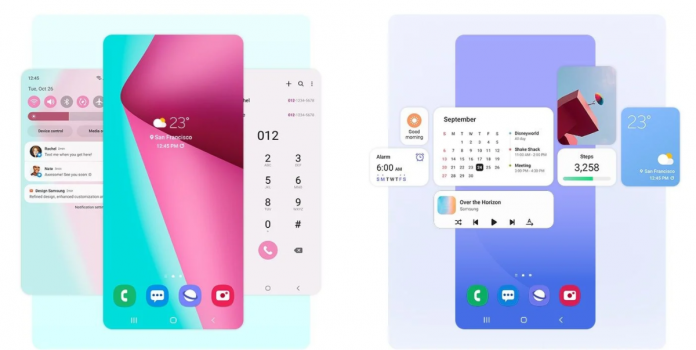 In a bit surprising move, Samsung start rolling out updates for almost all of its flagship devices that are eligible for the Android 12 update.

Previously, we have reported that Samsung has rolled out updates for its Galaxy S21 family, Galaxy Z Fold 3 and Z Flip 3.

Now, before the new year Samsung has started rolling out One UI 4.0 update based on Android 12 for Galaxy S20 series, Note 20 series, Galaxy Z Fold 2, Galaxy S10 series, and the Galaxy S20 FE devices. The South Korean smartphone giant initially planned to roll out the latest Android update for these devices somewhere in 2022. But they move ahead of their rollout plan and surprise everyone by releasing the update before the new year.

We have also previously discussed that Samsung paused the update due to some bugs and issues but later on resumed the update after working out closely with google.

One UI 4.0 update based on Android 12 brings many new changes and improvements. The update includes almost all the Android 12 features as well as some Samsung exclusive features. However, this time the company didn’t try to go higher in terms of customization as previously there are many customization options available in the older version of One UI which are still present in the new version.

Apart from customization and a new theme, privacy and security improvements are the main highlights of Android 12. Luckily, all these security and privacy features which Google added in Android 12 are present in One UI 4.0.  There is a privacy dashboard that lets users know which app uses which permission. The privacy dashboard also lets the user know that which app uses location, microphone, and camera.

The update initially started rolling out for users in the United States, Germany, and South Korea. However, the update is now available for all users of these devices worldwide.

The update also includes the December 2021 security update which is a good move. If you didn’t receive the update then go to the settings and manually check the update.