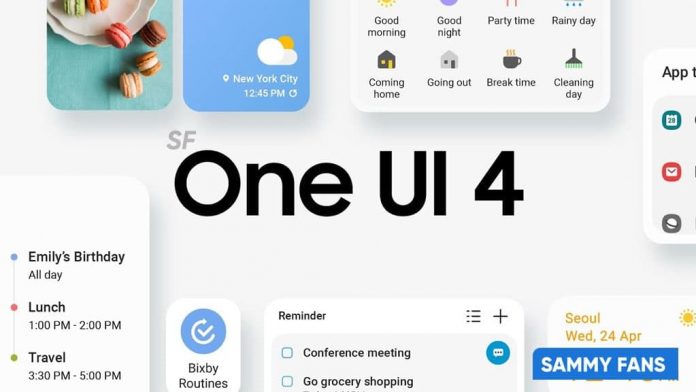 Samsung has started working on the Android 12 update for its’ devices just after the official launch of Android 12. Many Samsung devices will get the One UI 4.0 based on Android 12. The company has also shared the list of devices that will get the latest update.

Just a few days back, the company started rolling out Android 12 for its Galaxy S21 series in Korea. But they paused the update roll out after some users complained about the few issues they faced.

Android 12 brings the biggest visual change in the OS since the Android 5.0 lollipop. However, many of the changes and features are only exclusive to Google Pixel devices. Samsung also brings Android 12 changes to its One UI 4.0 along with some of its own addition to the OS.

One UI 4.0 will have the same widget design that we see on pixel devices with Android 12. All the widgets will have rounded corners and a Material You design theme. Samsung also updates some of the stock apps to the new design theme of Android 12 and the OS dynamic color feature works perfectly.

Apart from the new Material You theme, the privacy dashboard is the most highlighted feature of Android 12. The new privacy dashboard will also be a part of One UI 4.0 on Galaxy devices. There will be a new indicator at the top of the notification shade which will let the user know which app uses a microphone, camera, or location. The dashboard also gives the details of which app is using what permission and users can deny those permissions if they want.

List of Samsung Devices that will get the Android 12 update:

All those Samsung devices that have been released in the past two years are eligible for the Android 12 update. However, the South Korean Android maker has confirmed the following devices will get the latest OS update as of now.

Galaxy S series devices that will get the update are:

The Samsung Galaxy Note series which is also a flagship series seems to be retiring in 2022. The company didn’t release a Note device in 2021 so only five Note devices will receive the latest OS update. These devices are:

Samsung foldable seems to be replacing the Note series as the company is rapidly growing its foldable lineup. All Samsung foldable smartphones are eligible for Android 12 as they have been released within the past three years.

In November, the company has already released the beta version of Android 12 for Galaxy Z Fold 3 and Galaxy Z Flip 3. The official update for these devices will roll out before the year ends.

Foldables that will receive the latest updates are:

The company has confirmed the update for the following Galaxy A series devices.

Samsung has also planned to update its tablets lineup. Following tablets will also get the One UI 4.0 based on the Android 12 update.

When will these devices get the update?

Samsung has confirmed the timeline of when these devices will get the official stable updates of the new OS. However, the time and the date can vary for different regions around the world.