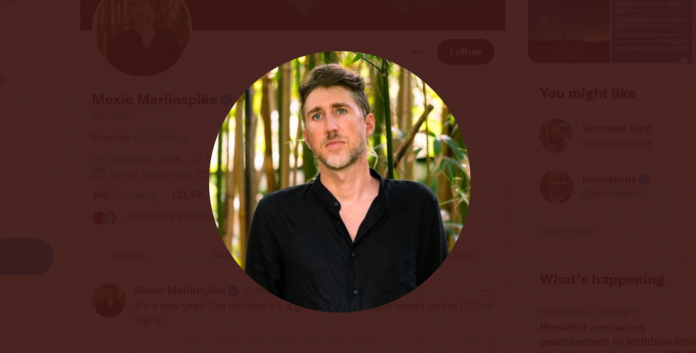 Signal, the privacy-centric chat app is going to have a new CEO soon. This was confirmed by the current co-founder and CEO of Signal, Moxie Marlinspike today.

Stepping down as Signal’s CEO next month, Marlinspike named Brian Acton, the co-founder of WhatsApp as an interim CEO. Acton has also been the co-founder, funder, and a member of the Signal’s board since its inception. He’d be serving the CEO position until Marlinspike gets a new one to replace him.

Signal to Get a New CEO

Existing since 2017, Signal rose to popularity last year when WhatsApp announced new privacy policies, which led its community to stir up and look for alternatives. And Signal along with Telegram was seen as the close WhatsApp alternatives since they’re more secure and open-source.

While this gave Signal the boost it wanted, it took the platform maker an unreal burden in the early stages to make Signal what’s it’s today. Explaining all this stuff, Signal’s co-founder and CEO, Moxie Marlinspike announced his step down from the CEO position.

It's a new year! I've decided it's a good time to replace myself as the CEO of Signal: https://t.co/oX6yLebDhh

He said the platform is well worth and functioning well now, so he can comfortably relax from the leading position. Also, he said to be looking for a new CEO too and is asking anyone to get in contact if they feel compatible. Meanwhile, he named Brian Acton, the co-founder of WhatsApp as the interim CEO of Signal.

Speaking about him, Marlinspike said

“(Brian Acton) has volunteered to serve as interim CEO during the search period. I have every confidence in his commitment to the mission and ability to facilitate the team for this time.”

Apart from being associated with WhatsApp, Brian Acton has also been the co-founder and initial funder of Signal Foundation (parent company of Signal). And now, he’s serving as one of the board members of Signal too.