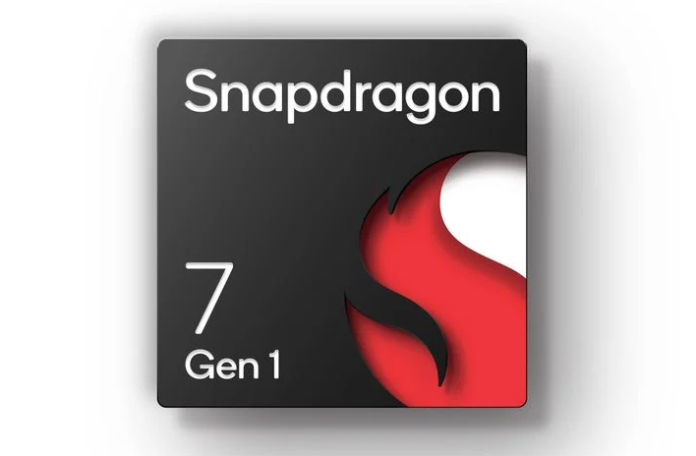 The chipset features a Kyro cores cluster clocked at 2.4 GHz and has an Adreno 662 GPU. Qualcomm announced that the Adreno 662 GPU in this chipset provides 20 percent faster performance than the one found in SD 778. Also, the artificial intelligence-based task is now 30 percent faster than its predecessor. On the other hand, the company did not mention the improvement of CPU speed over its predecessor.

Qualcomm’s Adreno Frame Motion Engine claims to double down the frame rate in games while consuming the same power as its predecessor Snapdragon 778. Snapdragon 7 Gen 1 also supports up to 16GB of LPDDR5 RAM. However, there are very rare chances that any OEM will ship a device with this amount of RAM because more RAM will increase the cost of the phone as well as more power consumption which will affect the battery life of the device. 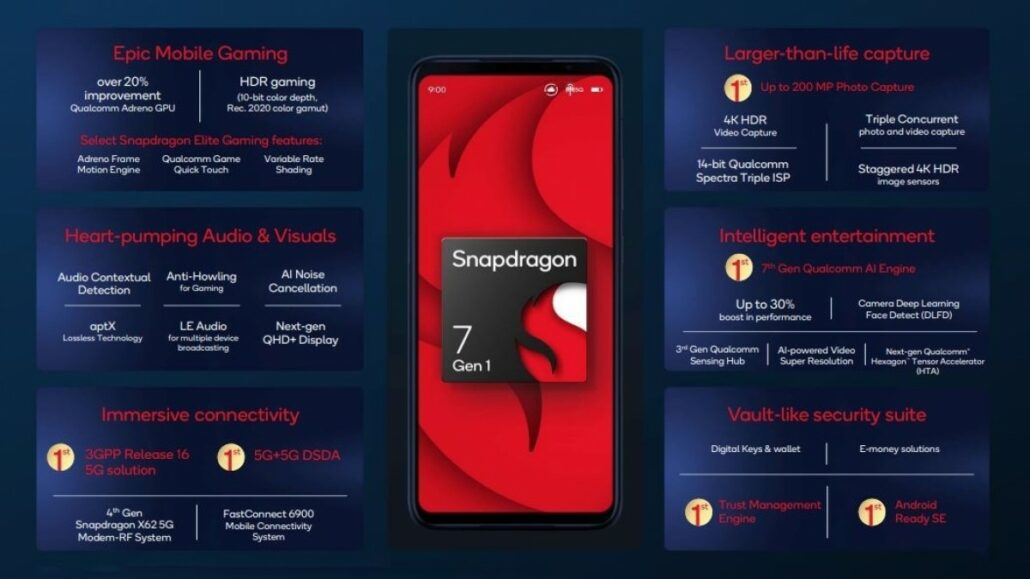 The new chipset comes with the X62 5G modem for 5G connectivity which is not a flagship 5G modem. This modem can offer up to 4.4 Gbps download speed on dual standby 5G connectivity. The chipset also includes the support for the latest Bluetooth v5.3, Wi-Fi 6E, snapdragon sound, and aptX support. However, it depends on OEMs whether they will include these features in the device or not.

For optics, there is Qualcomm Spectra triple ISP included which provides up to 200 MP of image and 4K HDR video recording. It is for the first time that Qualcomm added this in an SD 7 series chipset. It also supports HEVC video recording and 10 Bit HEIC image capturing.

The smartphones featuring Snapdragon 7 Gen 1 chipset will lunch in the coming weeks as OEMs including Xiaomi, Oppo, realme, and others will use this chipset in their mid-range devices. With this chipset, Qualcomm aims to compete with the likes of MediaTek Dimensity 8100 and Dimensity 8000 chipsets that offer quite a good daily use experience.