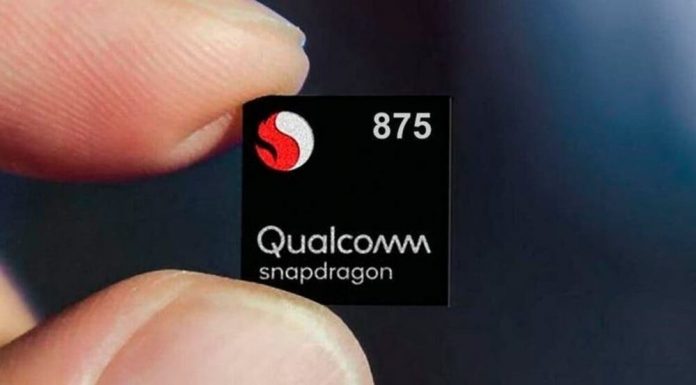 Qualcomm will unveil it’s Snapdragon 875 chipset in December this year at the Qualcomm Summit 2020. It is the first 5nm fabrication silicon that is made by Qualcomm.

Snapdragon 875 will be used in all of the major Android flagships in the year 2021. This silicon is codenamed “Lahaina” and its benchmark results already appear before the launch. According to the benchmark, it is 25% faster than its predecessor which is snapdragon 865.

The chipset score on the AnTuTu benchmark appears to be 847,000 points which shows a significant improvement from the last year SoC. Last year, its predecessor Snapdragon 865 AnTuTu benchmark result came out to be 663,000 points.

This shows a yearly improvement of 25% which is a big achievement for the company. But, we have to wait for the official confirmation and test result from Qualcomm itself.

But, it is worth mentioning that the only chipset is not responsible for benchmark scores, RAM and internal storage also plays a part in the test result. If the devices using the Snapdragon 875 chipset will use the high UFS 3.1 storage then it will get a little push in benchmark results.

The exact details and the official test result will be displayed at the launch event in December. With this Qualcomm might also launch some mid-range chipset to compete with MediaTek.