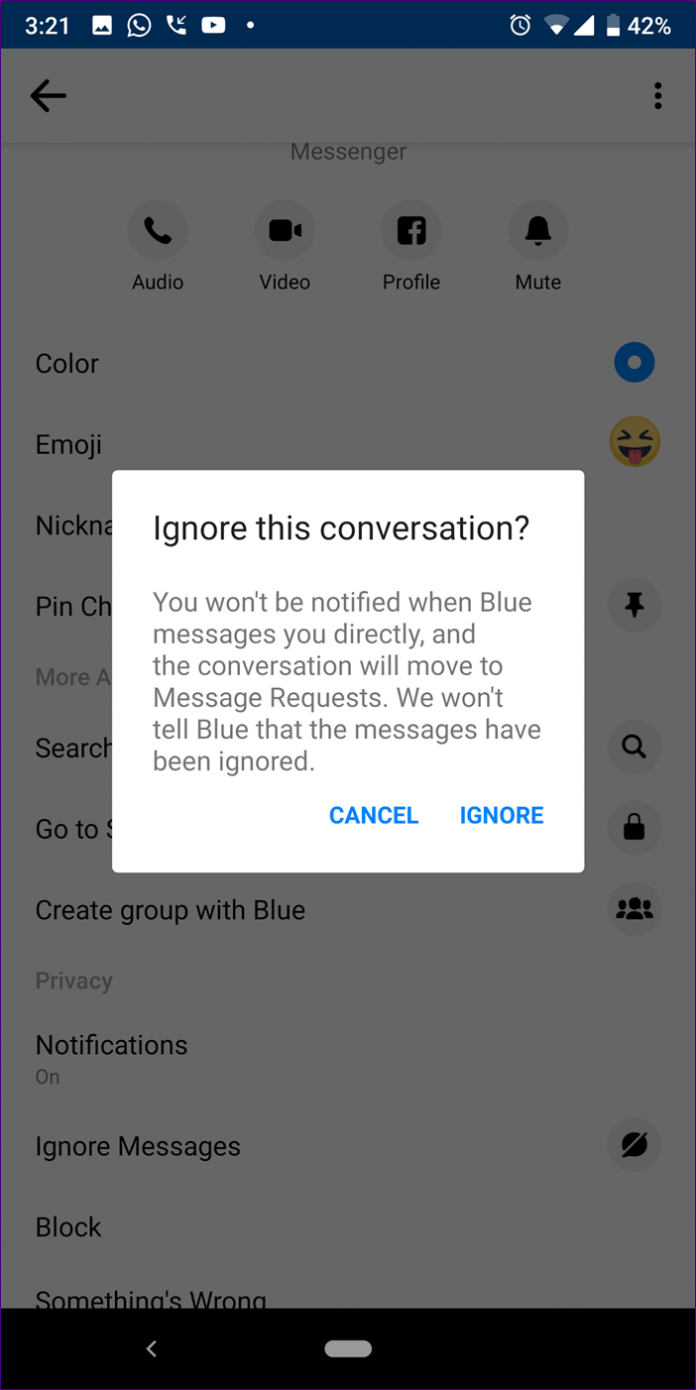 Messenger is very convenient for social media platforms such as Facebook or WhatsApp. To have a communication link to friends and correspondents, users can send messages for certain reasons. The social links are important to the activities of every individual. But what if you are trying to message someone and you end up thinking that someone has muted you on messenger?

The user can opt not to receive the messages from anyone that they deem inappropriate. Many groups on social media have lengthy chats that fill the inbox of the messenger account. Muting the users of no benefit is possible. Facebook messenger has developed many features on messenger to mute anyone.

Messenger has many uses and it is also a very common application to use. However, there are shortcomings associated with the use of messenger to communicate. In most cases, the messages sent to a user can be deemed inappropriate.

There could be any motivation behind why someone has muted you on messenger. It could either be the consequence of some argument you may be having with somebody or because of some reason which may be offending to you. This could likewise be the explanation why you are muted on messenger or if you are having bad days in your relationship with your partner, just saying.

HOW TO MUTE SOMEONE ON MESSENGER

Sometimes one needs to mute conversations to avoid receiving notifications from a group chat or an individual. Social media platforms have made this possible to their users by introducing the muting icon that enables the user to mute specific contacts.

Blocking a person is different from muting someone. When you mute an individual the messages they send will appear after one unmutes them. When an account is blocked the messages will forever be denied and cannot be sent. 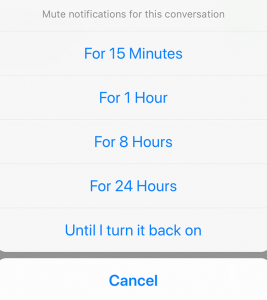 When you need to mute someone the period varies. Some conversations can be muted for several hours or indefinitely. For instance, when at work one can mute someone for some hours after which you can unmute them. For indefinite muting, the user can opt to never receive notifications from the chat group or individual.

For Facebook messenger, many features are available on the menu. Press and hold on a contact and the menu will pop up. From there you can select mute notifications. Another method is to just simply enter the chat of the contact, there will be an “i” icon enclosed in a circle at the top right of the chat, press on it and from there you should see the mute option as well. Select the duration for which you need to mute the individual or chat group and select the ok button.

Muting is a two-way activity meaning that you can be muted too. It’s easy to tell if someone has muted on you on Facebook messenger. When you send a message to a person and it has been delivered to the recipient’s device, messenger will notify you that the message has been sent by displaying one dark tick.

The message can be sent and the other person doesn’t open it but it was delivered.

Facebook has introduced a feature referred to as ignore conversation. This feature is convenient for messages that are spam. One may opt not to receive messages from a certain person. The feature is available in the privacy setting.

Turning it on means that the messages sent to the messenger will not to show any notification.

HOW TO KNOW IF SOMEONE MUTED YOU ON MESSENGER

At the point when the Facebook mute button was made available to users, it worked out that Facebook needed such a feature, all things considered, it’s a social media platform and individuals can be truly irritating at times. At the point when your device is blaring each time somebody posts a status or tags you in an image or you get a message, at times you simply need some harmony and calm without going on a mass blocking. 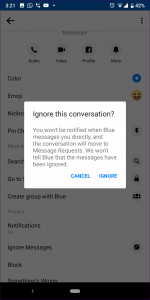 Indeed, it’s reasonable that Facebook is about socialization, and declining to participate in the social angle is against the spirit of Facebook however you don’t need to take part in every discussion that comes to your direction.

When the conversation has been blocked the page will indicate and the sender will know.

Messengers such as WhatsApp have a feature that shows that the messages have been read such as the blue ticks. These make WhatsApp unique since the message can only be ignored by not opening the message.

For Instagram users muting is common. One can mute notifications from certain stories that they don’t need. It is difficult to know when a person mutes your messages on the Instagram messenger. However, the sender can see whether the other person received the message they sent.

The relationship with the individual matters. The user can check whether the messages sent have been received if not chances are that the user has been muted. It’s important to be certain before accusing someone of muting you since the contrary can be true. This can damage the relationship you have with the recipient.

The ‘Glitch’ strategy was a case made by numerous Facebook users that if you send a message to a friend you think has muted you, when you send the message you’ll get the ‘Seen’ notice at the same time.

Subsequently, if you check the same message through a different device and it shows that the message has been seen but at a different time, then you are muted by that person.

Be that as it may, this technique honestly, doesn’t work. It may have worked one time, but it doesn’t now.

If you’ve been annoying someone, then you may be muted.

Muting anyone can happen for many reasons. One can be muted for some time to provide the other person adequate time to attend to other issues.

The users can ignore the message intentionally or unintentionally hence it’s important to do a background check.

You can ignore people on Facebook by different means whether it be muting their chats, archiving them, ignoring them, or blocking them. It depends on you how you want to ignore the person who has been pestering you with tons of messages.

I hope this article helped you in knowing whether someone muted you on messenger.

How To Donate On Twitch And Support Streamers?

What Is Fortitude In ARK: Survival Evolved? Is It Useful