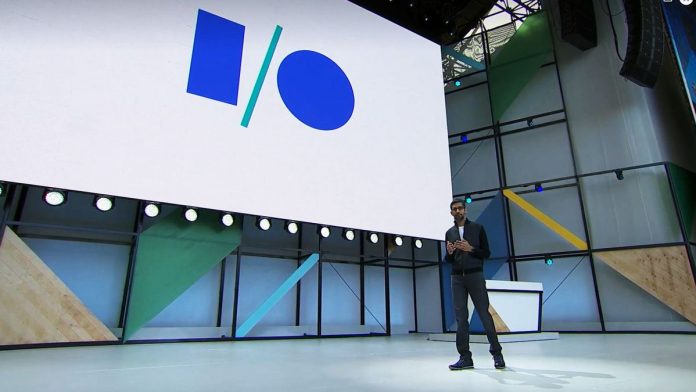 Google’s CEO Sundar Pichai has just revealed the dates for their I/O event 2022, which is scheduled for May 11th and 12th.

Though there’s no specific agenda stated yet, Google is more likely to unveil Android 13, and other developments on War OS, Workspace, etc products. And like last year, this year’s I/O event too will be a virtual one, available for all.

Like every other tech giant, Google holds an important and grand event every year where it’ll reveal key developments of it’s products. And this is named as I/O conference, which is scheduled for May 11th and 12th this year.

The dates are announced by Sundar Pichai, Google’s CEO who also stated the event to be virtual. Although, a Google spokesperson told The Verge that there’ll be a live event held in Shoreline Amphitheatre with a limited audience too.

We'll be back live from Shoreline Amphitheatre for this year's #GoogleIO! Join us online May 11-12 https://t.co/KgNKbaLeym pic.twitter.com/NUodJb7UCi

These limited people would be Google employees and some partners, the company told Axios. Last year, Google announced Android 12, Material You, Wear OS 3, Google Workspace, and Google Starline at the I/O 2021. And we expect more new features added to Workspace, Wear OS, and Starline coming this year.

And the big thing – Android 13. Google has already rolled out Android 13’s first developer beta to interested developers last month and is building more features on the feedback received. And we hope the company readies a full-fledged stable version of this by the event time.

Even though Google announced Android 13 in May, it won’t roll out the stable version until October, since it always bundles the new Pixel phones with the latest Android version. Registrations for this event are yet to open, which Google mentioned doing sometime this month.