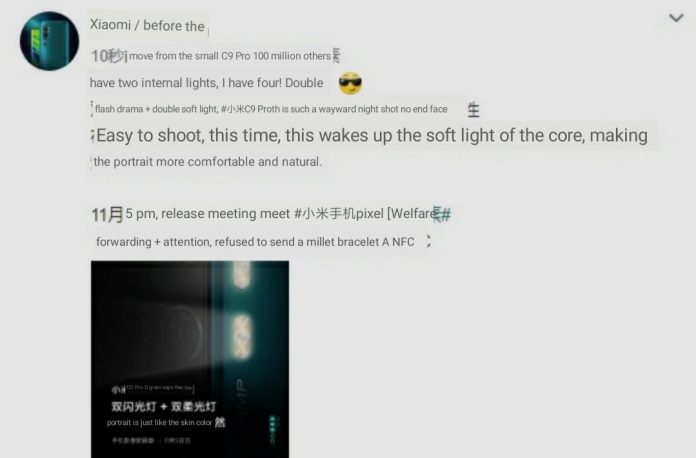 Xiaomi has recently announced that it will launch its next smartphone, the Mi CC9 Pro on November 5 in China. The Mi CC9 Pro will be powered with a 108-megapixel penta-camera setup with quad-LED flash and 5X optical zoom. The newest member of Xiaomi’s CC-series will be unveiled alongside the Mi TV 5 series and Mi Watch. According to a report, the teaser of the Mi CC9 Pro shows that the upcoming smartphone will have five rear cameras, of which the primary camera will include the 108-megapixel Samsung ISOCELL Bright HMX sensor. All the five rear cameras are aligned vertically to the left side of the back somewhat similar to what is on the Redmi Note 8. The teaser shows the camera bump having three sensors while the rest two are positioned below the module under the flat back. 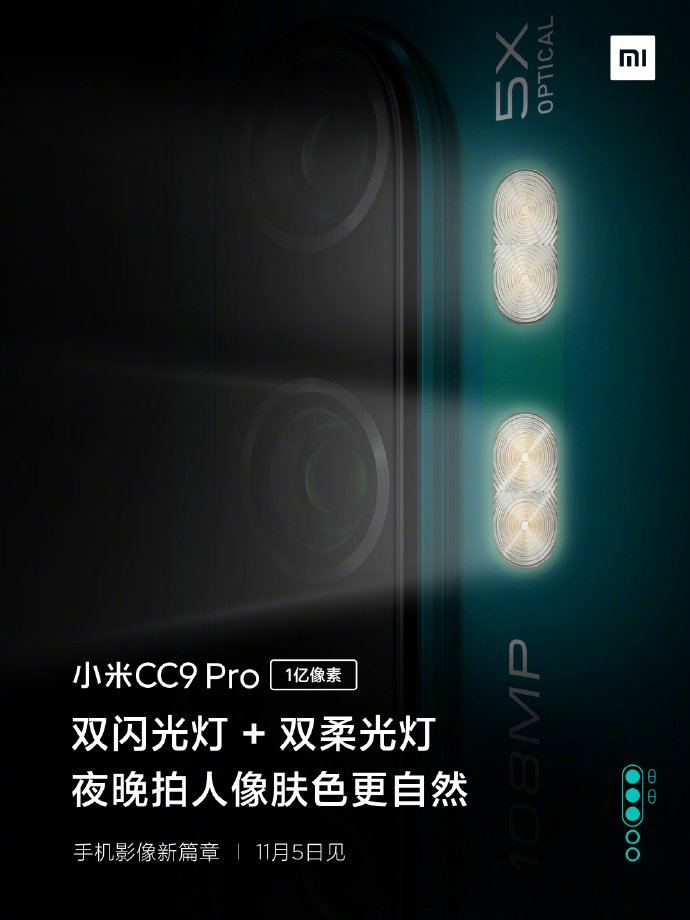