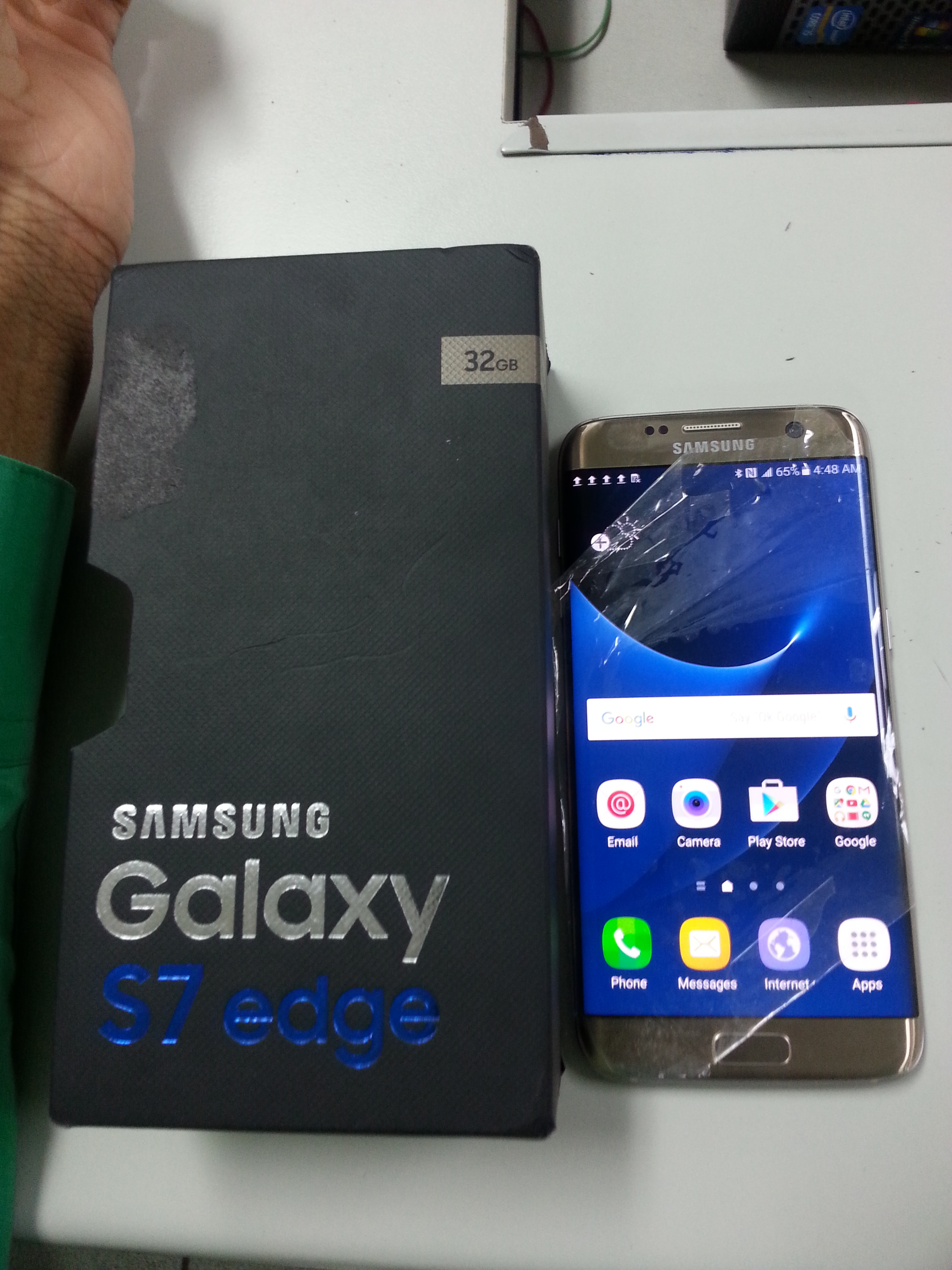 Underneath we’ll get into a smartphone review.The Samsung Galaxy S7 Edge Review, Features And Specs.

The most recent addition to the Samsung family is its all-new and impeccable smartphone, Galaxy S7 Edge. Launched in the face of stiff competition, this device, ever since its release in March 2016, seems to be giving a tough fight to all the contenders of the ‘Best Smartphone of 2016’ race. The design and look of this phone are highly commendable. The use of Corning Gorilla Glass 4 along with a dual-curve back panel render it a gorgeous look and also make it extremely soothing to hold at the same time. Though it comes fitted with a larger screen than Galaxy S7

It doesn’t feel too much than the norm in the hand. In fact, it comes in the same screen size as the iPhone 6 Plus but it’s lighter, shorter and narrower, it is incredibly and far more comfortable in hand than the former. This Android smartphone is, indeed, a one of its kind piece not just in terms of design, but in almost every other aspect too.

1. DISPLAY: A screen of 5.5″ in size, pixel resolution of 1440 X 2560 pixels with 534 ppi, multi touch display, super AMOLED capacitive touchscreen with 16M colors are some of the defining and interesting features of Galaxy S7 which do an outstanding job in placing this phone above most others in its class.

2. CAMERA: Galaxy S7 Edge boasts of a superb and distinctive 12 MP camera with such features as LED Flash, phase detection auto-focus and simultaneous 4K Video and 9MP image recording. This last feature, particularly, sets it apart as it is unique to this smartphone and is absent even in the latest iPhone 6 Plus.

3. BATTERY LIFE:This latest smartphone possesses a standard non removable Li Ion 3600 mAh battery and offers an unbeatable talk time of up to 27 hours on 3G and up to 74 hours on music play. Moreover, Samsung claims a fast battery charging of 60% in 30 minutes for this smartphone.

4. MISCELLANEOUS FEATURES
– Water and dust resistant (over 1.5 m and 30 minutes)- Comes in both Single SIM and Dual SIM options with impressive 4 GB RAM and internal memory of 32/64 GB..- A multitude of sensors like the Fingerprint, Accelerometer, Proximity Compass, Barometer, heart rate etc.- Double tapping of home screen to activate camera, Auto HDR, Geo-tagging, Panorama.- Available in a host of colors such as Black, White, Silver, Gold and Pink Gold.

However, no device comes out as ‘perfect’ and this smartphone is no exception. With regard to the screen display, appearance of a strong blue tinge on either sides while viewing content with a white background is a big turn-off, especially for users who employ their phones mostly for the above-said purpose. Apart from this, viewing from different angles also proves to be a disappointing experience for most Samsung users.

This Android OS v 6.0 powered smartphone isn’t exceptional in terms of battery life as well. Intensive use over a short period of time results in a significant drop in battery levels. But these cons, are most certainly, outnumbered by a huge margin by this device’s pros and it is surely a very promising and reliable smartphone to have for all smartphone lovers out there.

Experiencing difficulties with your Samsung Galaxy Device, check out our “How To” page on how to resolve some of these issues