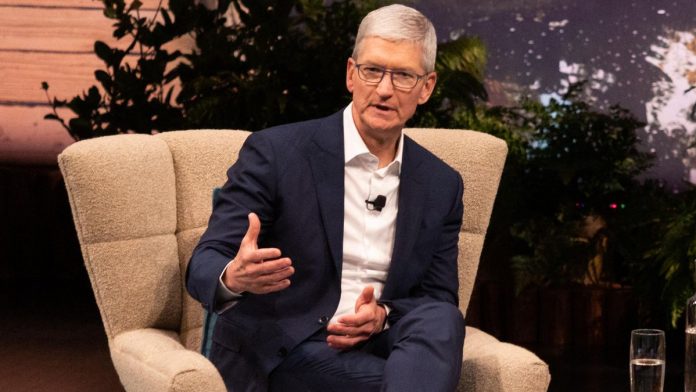 In an interview at The New York Times’ DealBook Online Summit, Apple’s CEO Tim Cook admitted owning some Bitcoin in his personal portfolio.

But, he reiterated that his interests shouldn’t be aligned with that of corporate’s interests, and Apple may not get onto the cryptocurrency bandwagon anytime soon. On the other hand, its rivals are tasting the new form of money already.

While few tech giants like Twitter, Tesla, and Facebook are already playing with cryptocurrencies, Apple is still reluctant about the new generation of money. We’ve seen the Cupertino-based company delisting several Bitcoin wallet apps from App Store in 2014, and are unwilling to bend towards it.

Well, it’s at least thinking now, as per CEO Tim Cook. In an interview with Aaron Ross Sorkin at The New York Times’ DealBook Online Summit, Cook revealed that “It’s something that we’re looking at, it’s not something we have immediate plans to do,” to a question whether Apple Pay would one day accept digital currencies.

Tim Cook of Apple reveals that he has personally invested in cryptocurrency. “I think it’s reasonable to own it as part of a diversified portfolio,” he said at the #DealBook Online Summit. https://t.co/xpahdlKfOe pic.twitter.com/CQpQgShu0x

He further said that Apple has no plans for accepting cryptocurrencies as a means of payment on The Appstore anytime soon, and “There are other things that we (Apple) are definitely looking at.”

Personally, Cook revealed holding some Bitcoins in his portfolio. When asked about it, he said “I do. I think it’s reasonable to own it as part of a diversified portfolio.” But regarding Apple, it’s not the case.

He said “I would characterize it as there are things that I wouldn’t do. Like our cash balance, I wouldn’t go invest that in crypto, not because I wouldn’t invest my own money in crypto, but because I don’t think people buy an Apple stock to get exposure to crypto.”

On the other hand, rival payment services like Square and PayPal have already started offering cryptocurrency services – to pay and transact among friends and family. Stripe too is rebuilding its cryptocurrency wing after pausing it in 2018.