After three years of pausing the verification of public accounts, Twitter is now resuming the same. This time, it follows almost the same rules, and be approving only the popular and active accounts. Also, it mentioned deleting the inactive accounts and those with repeated violations. It’s now seeking feedback from users over its draft of this new policy. 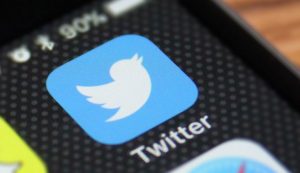 Twitter has taken a bold step of verifying all the accounts on its platform for better authenticity. While this is a good step, it eventually realized how infeasible it is, and paused to realize the actual purpose of it. It would have allowed anyone to request for verification through a government ID like a driving license.

And when stopped processing the public applications, many have started seeing that as a status symbol due to being limited only to few people. Ever since then, Twitter is only assigning verified badges to politicians, instructions, and someone linked to Twitter in some way.

Since it’s become so scarce, and to stop people from thinking of it as a standard, Twitter decided to resume this program again in 2021. It showed up with a draft policy for restarting it and is now seeking public opinions and feedback on it. Reading the draft seems Twitter hasn’t learned anything new, as it says to verify only selected profiles even now.

These include only the active and popular accounts from government, companies, brands and non-profit organizations, news entertainment, sports, activists, organizers, and other influential individuals. Also, it mentioned to be removing the badges if accounts are found inactive or violating their policies repeatedly, thus breaching its own goal of determining a person’s authenticity irrespective of tweets he made.

It said, “We know we can’t solve verification with a new policy alone. But it is a critical first step in helping us provide more transparency and fairer standards for verification on Twitter as we reprioritize this work. This version of the policy is a starting point, and we intend to expand the categories and criteria for verification significantly over the next year.”