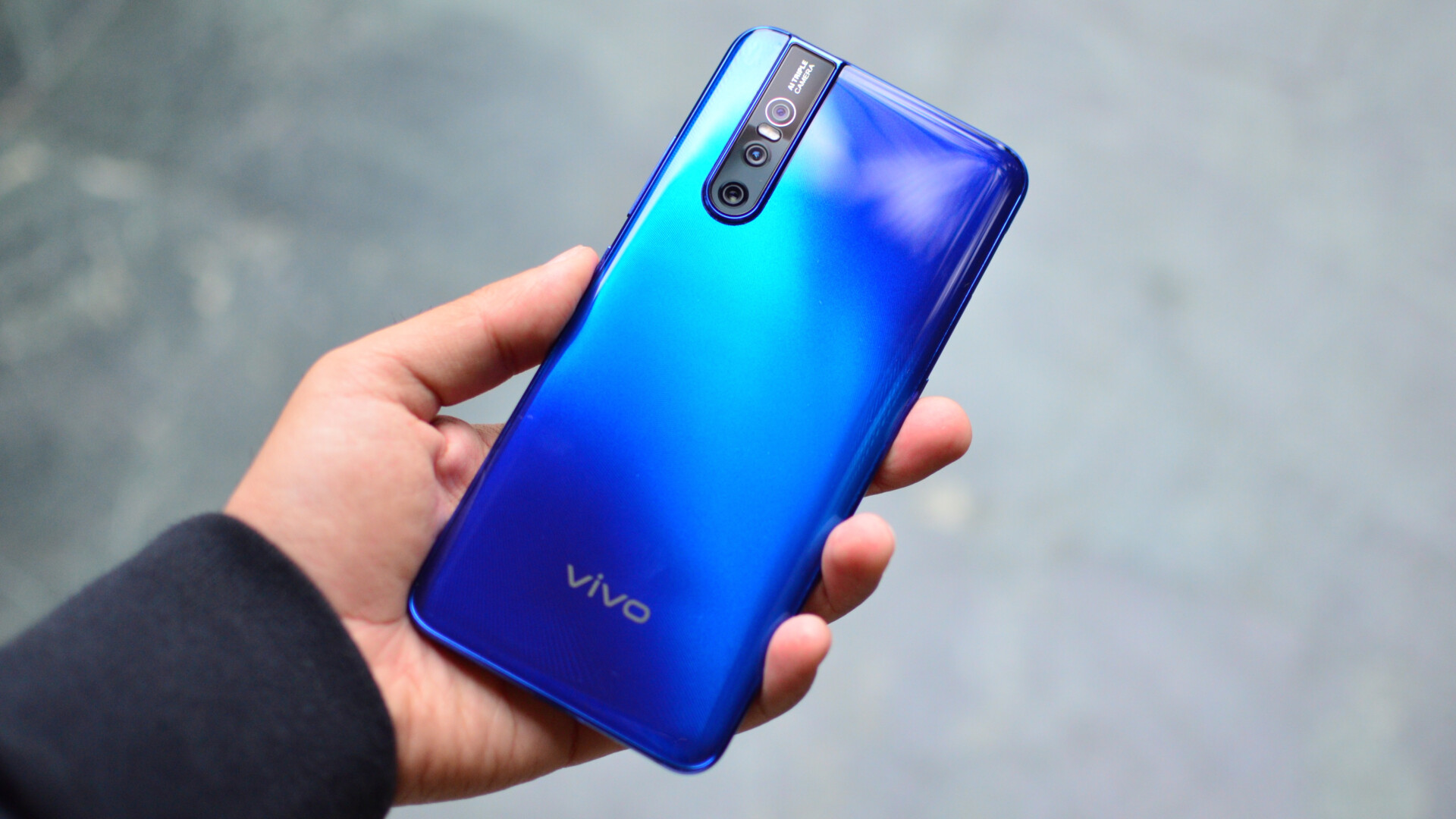 Launched in the month of February 2019 the vivo V15 Pro is one of the latest additions to the list of smartphones of the Vivo brand. Spoken mostly about its camera and FuntouchOS the phone offers some exciting features at an economical price. If you are looking forward to more details on the Vivo V15 Pro then here is a detailed review of what you can expect from the phone.

The Vivo V15 Pro has an elegant look and comes in two colors – ruby red and topaz blue. The rear panel has a clean finish and the color is darker in the center and fades to a lighter shade towards the corners. The panel is glossy which does attract some dust. So, if you are the one that likes the phone to be shiny always then slide over a transparent back cover to keep it safe. The panels are curved towards the edges which give the impression of a thin device. The buttons are tactile and there is a slot for a headphone jack on top. It features a micro USB port which is sort stale because the latest smartphones are using USB C type ports. 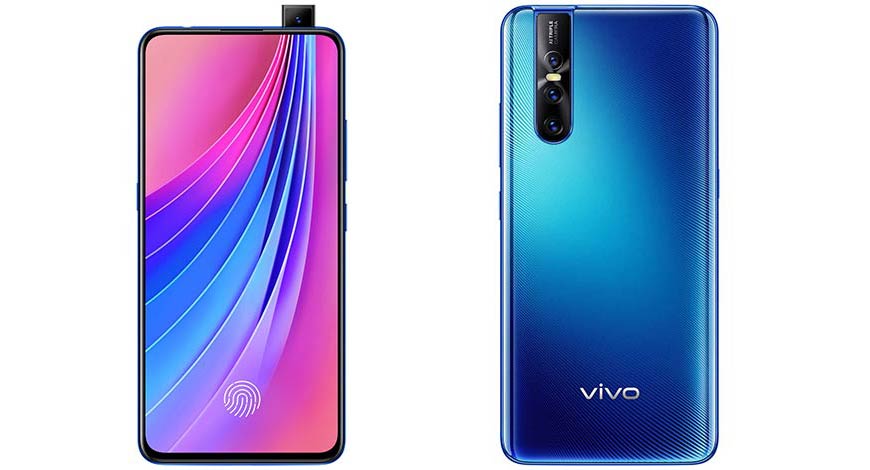 The Vivo V15 Pro features a 6.39 inch Super AMOLED full HD 1080 x 2340 pixels display, capacitive multi-touch with a 19:5:9 aspect ratio. Its pixel density is 388 pixels per inch. The screen to body ratio of the phone is 91.64%. The bezel is discreet which gives an immersive visual experience and it happens to be one of the best features of this smartphone – also a feature that most phones in this range lack. The microphone too is placed quite above and hardly obstructs the screen. It has an in-display fingerprint sensor which works flawlessly.

The smartphone is powered by octa-core Qualcomm Snapdragon 675 processor along with a 6GB RAM. It offers 128 GB of internal storage that is expandable up to 256 GB using a microSD card. There are three slots which the users can use to place two nano SIM cards and one microSD card.

The Vivo V15 Pro runs FunTouch Operating System based on Android 9 Pie. The FunTouch OS is implemented with AI technology that makes your life cooler and convenient with various features such as Smart Mirroring to display the media files on a different screen as you continue to use the smartphone. There is a lot more to FunTouch OS and it is also one of the best things about the Vivo V15 Pro. The Android Pie is loaded with several interesting features which are easy and interesting. The app drawer has been taken off from the screen, so you just need to swipe left to access the Smart Launcher which carries various cards for tasks. The order of the cards can be tailored according to your choice. There are several pre-downloaded in-house apps on the smartphone including some third-party apps.

In the rear get a setup of 48 MP primary camera, an 8 MP wide-angle camera that has f/2.2 aperture and a 120-degree field of view and a 5 MP depth sensor that has an f/2.4 aperture. For the front V15 Pro offers a 32 MP selfie camera with an f/2.0 aperture. The selfie camera is a pop-up style which looks pretty cool. There are several features in the camera which include – bokeh mode, live photos, night mode, multiple portrait lighting effects, slow-motion recording, 4K video recording are among the notable ones. Pictures taken from the smartphone are sharp. Photos taken in the daylight look clean and detailed. The colors are rich thanks and accuracy is commendable. Those taking selfies will probably not require using any filters because the AI beautification tools seem to click perfect vibrant and bright pictures.

The smartphone features a 3,700 mAh battery which is good enough to last you through the day once it is fully charged. So, calls, texts, social media, surfing, watching videos and even playing games on Vivo V15 Pro will give you about 12 hours of battery life. The battery supports fast charging and your phones charges 75% in about 58 minutes which isn’t bad at all.

The Vivo V15 Pro has some desirable features which the company is offering at a reasonable price. It looks bold and functions smoothly. Despite it having a couple of drawbacks it has almost everything that a user would want in a premium smartphone – good battery life, splendid sound quality, great camera, superb display, decent storage and wonderful features. The innovative features and smart look may definitely make it a desirable smartphone for several users.

How to Connect Your Samsung Smart TV to Alexa?

Not Registered On Network Error: Tips and Tricks

How To Fix The Error “Unfortunately, Android Keyboard Has Stopped”