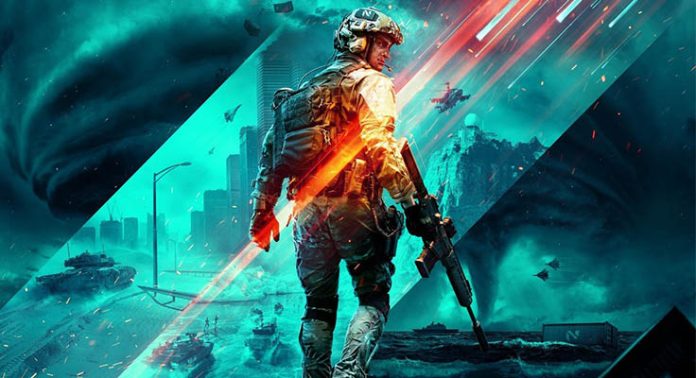 Players who love to play Battlefield 2042 have noticed that the player cards have some text on the bottom side. There is written “Non-Patriated ID Card“. Several players have been questioning the meaning of this written phrase on different platforms, as there is no official statement about what it means.

If you are one of those players who don’t know what this phrase means, go through this complete article, as here we have discussed what it does mean and why you should be concerned about this phrase.

What Does Non-Patriated ID Card Mean in Battlefield 2042?

Sometimes when players notice this phrase at the bottom of their cards on Battlefield 2042, they think that it can be changed to something else. It is not the reality, as the actual meaning of this phrase is completely different. It is related to the backstory of the game. Battlefield 2042 doesn’t come with a story mode, and as a result, many players who are playing this game are getting worried about what happened before the battle began. The story is an extremely important part of every game that players enjoy knowing. Through this single and meaningful phrase, the developing team actually talked about some in-depth meaning related to the backstory of the game, which you need to know to get more connected with the complete gameplay.

If you really love this game and play it on a regular basis, you would know that in the game, the Non-Patriated, which are also known as No-Pats are actually the exiles and a conglomeration of the refugees who randomly appear on the screen throughout the gameplay.

According to Battlefield 2042, there are approximately 1 billion people who were forced to run away from their homes because of various events that took place. The refugees did not seek a home or return to their ancestral homeland. All of them came together under a non-national identity.

After being together, these Non-Patriated needed to form armies to protect themselves from any kind of outer attacks. As a result, all of these refugees ended up forming a nation with no borders. In the gameplay of Battlefield 2042, you can identify a Non-Patriated citizen by their ID card. These cards are carried by every specialist across the city.

To avoid being considered as national citizens of any country, these No-Patriated people issued their own ID cards so that they can be identified as who they are. In Battlefield 2042, the Non-Patriated is an armed force.

It is the backstory behind the phrase, and we hope now you get the actual meaning written on the ID cards in Battlefield 2042. Hope this article was helpful to you.