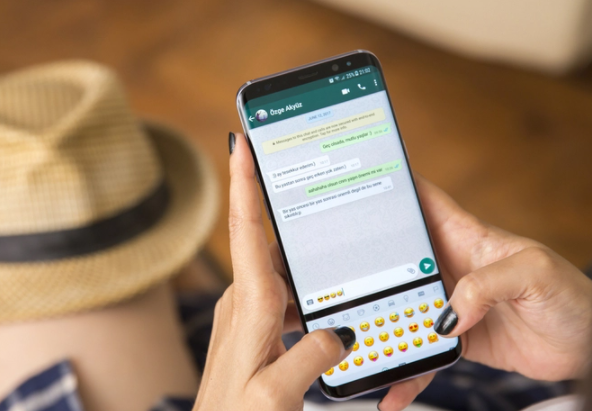 WhatsApp is working on another exciting new feature which is called in-app support. This feature lets you ask help from the WhatsApp support team from the app itself.

Previously where there is any bug in the app or some features are not working, users can complain about it by sending an email to the company. But that problem is going to solve as users can now report bugs directly from the app.

WABetaInfo who keeps a close eye on WhatsApp finds a new code in the latest WhatsApp 2.20.202.7 beta for android. The new code is related to tech with in-app support.

This option is not commercially available and is in the testing phase yet. When its official users can access this from settings. In the settings go to help and there you will find an option for contact us.

It is yet to be confirmed whether it will replace the existing option of sending an email or it will be added as a new option.

There is an option in the setting where you can choose your device information. This feature opens a “Tell Us” box where users will define the issue they are facing. After entering the issue details tap the send option at the bottom.

After the details are sent, WhatsApp support will communicate with users via support chat. The Instant Messaging service is expecting that users will constantly give their feedback about the app.

It is also a step further in getting quick suggestions and feedback.

As reported, this feature is found on the beta version for Android. As far as iOS is concerned no update is available yet for Apple devices.

If it gets green light for Android then definitely Apple users will also get it. The IM app adds a feature which is available for both Android and iOS.