WhatsApp is looking to extend the time limit of deleting a sent message for both parties in a chat, to erase any regrettable moments later.

To date, WhatsApp users can delete old messages for both only within an hour, and anything before that remains for the other party even if you delete later. This could be changing soon, as the new support is spotted by WaBetaInfo in WhatsApp’s latest beta.

It’s true that WhatsApp is late to the party of introducing new features. The company rolls out even the much-needed features slowly, whereas the rivals go ahead with developing them further.

One such feature WhatsApp rolled out after much of the community cried is the deletion of sent messages. The developers have initially let people delete a sent message within eight minutes of span, for both the parties in the chat.

Later, it was extended to one hour, and now it may go limitless! This extended support was spotted by WaBetaInfo in WhatsApp beta 2.21.23.1, where they were able to delete a message for both the parties in a chat, which was three months old! 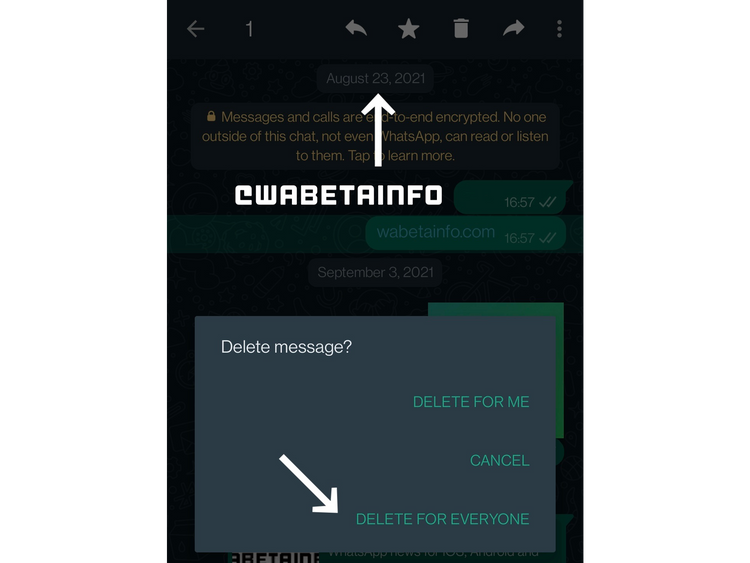 So if this support rolls out in the future, there will be fewer reasons for us to regret, as we can delete any embarrassing messages from the past, for both parties. Competitors like Telegram and Signal are having this support for so long, and they do it without leaving a trace.

WhatsApp on the other hand marks the deleted message with a note that it was deleted, giving a hint to the other party to realize that something has happened. Well, while we wait for this support to rollout in WhatsApp, expect this to be dumped too since in beta testing. There are a number of such features dumped earlier while testing.