WhatsApp’s voice messages are getting new support, where the platform may soon support playing the voice notes in the background.

This is seen in the latest Android version of WhatsApp, where the voice note continues playing the message in the background, even if the user switches to another chat. The bar will have a progress line, and buttons for play/pause and dismiss. This support is yet to come in the Beta channel.

WhatsApp voice notes are one of the thrilling forms of communication. You can send music, recorded sounds, or even your own audio to desired chats for them to hear. And since it’s being liked by many, the platform started inducing more features regularly to it.

These include transcribing voice notes, a speed button to play faster, and a preview button to check your message before sending. Now, new support is in the pipeline, as per WaBetaInfo. The dedicated WhatsApp reporter said that WhatsApp is testing support for playing the voice notes in the background. 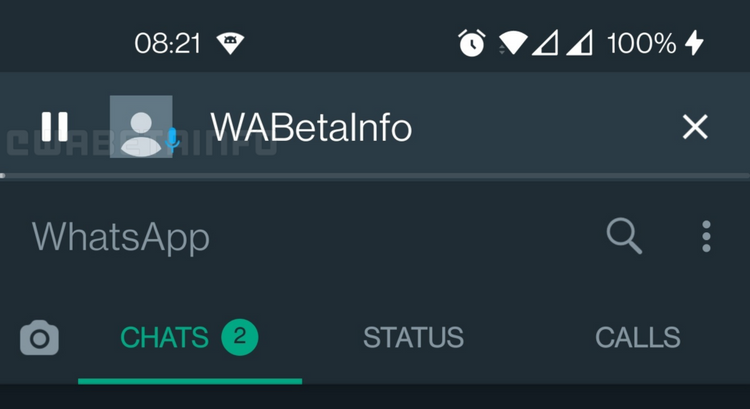 This was discovered in the app’s Android version 2.22.3.1, which will let users play the voice note even if they switch to other chat conversations. This isn’t possible now, as even coming back to the WhatsApp home page will stop the voice note playback.

Also, the report said there will be a progress bar set at the top of the app when it’s being played in the background. And this bar comes with options for play/pause and dismissing the playback.

WhatsApp has trailed this support in the iOS version in October last year but didn’t bring it to life. And we now see how that WhatsApp will be able to bring this support to the public channels. This feature isn’t available for the Android beta users, currently.

How To Fix VIZIO Smartcast Not Available Error?