At Windows 11 announcement event, Microsoft announced that they are bringing native support to Android apps in the next generation of Windows. That is a big surprise and all these android apps will be available to download via the new Microsoft App Store.

Microsoft will bring the native android app support via its partnership with the Amazon app store and all these apps are downloadable through the new Microsoft app store.

The software giant said that they are using Amazon App Store to bring Android support in Windows 11. All the supported Android apps will be available for download through the Microsoft Store.

The company is also engaged in an agreement with Intel to use Intel’s bridge technology to make the support into reality. Android apps can be used as the normal windows apps but can be used in the small mobile screen view. Users will be able to pin those android apps in the start menu or the taskbar and normally use them as Windows app. 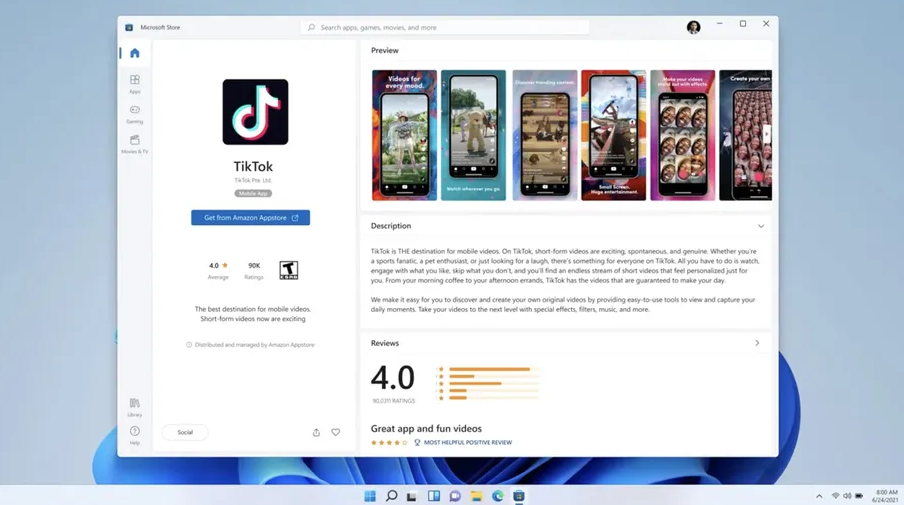 This move is a direct answer to Apple who is bringing iOS apps in macOS with the help of its in-house M1 Chip. Many web apps can be used as an equivalent to the Android apps in windows previously. But all these web apps don’t provide the enhanced mobile app experience. Many apps such as Snapchat don’t offer web apps that can be used on Windows.

At the event, the company showed the TikTok app running on Windows 11 as a demo. The new Microsoft Windows 11 app store showed the Android apps listing such as Yahoo, Uber, Ring, and many others. 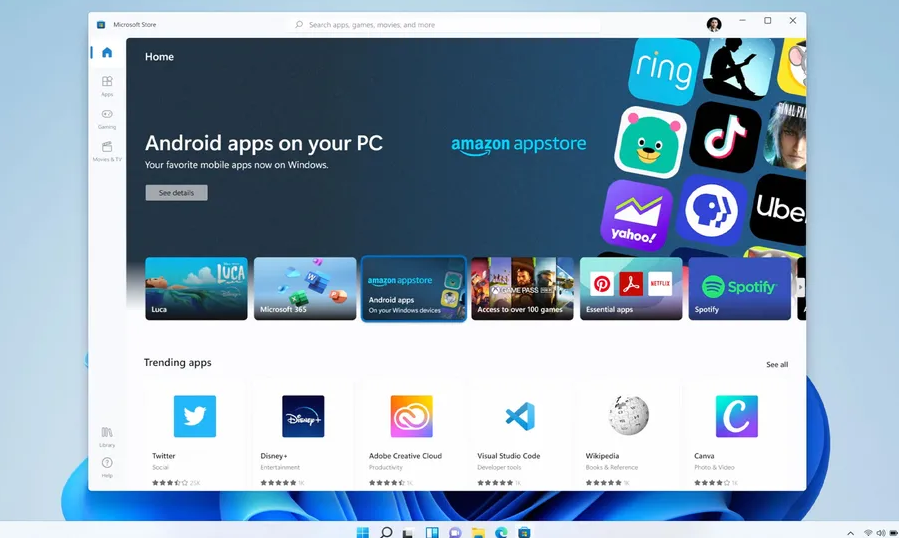 It is very unclear at the moment how many existing windows devices with Windows 11 installed on it will support these android apps. These android apps need Intel’s Bridge Technology to run on Windows 11 so there is also a hardware requirement for these as well.

This support made the user experience much interactive for Android apps. Previously users had to use emulators such as Bluestack to run android apps on Windows. All of the emulators get most of the work done but they don’t provide the ideal app experience.

We have to wait for Windows 11 to release officially to experience Android apps.