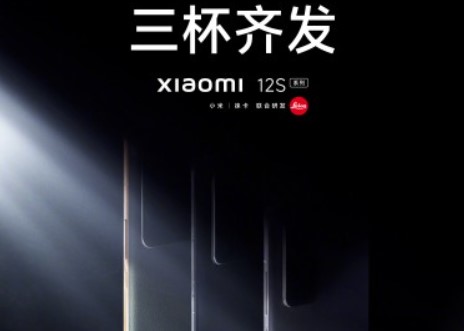 Clearing up the rumors, Xiaomi confirmed that it’s next flagship series – Xiaomi 12S is the one coming with a Leica lens on July 4th.

The series consists of three handsets – a vanilla Xiaomi 12S, 12S Pro, and 12S Ultra – all having their primary sensor made by Leica lens. Specifications of these handsets are yet to be known, with the exception that all the three variants have their own colors.

Last month, Xiaomi confirmed that it has partnered with the German-based professional camera maker Leica, for making the primary sensors of their upcoming phones special. And today it announced (1, 2) that the Xiaomi 12S series will be the first one to bear this.

There would be three units in Xiaomi 12 series – a regular 12S handset, 12S Pro, and 12S Ultra – all launching on July 4th. And as per the image above, the vanilla Xiaomi 12S will sport a white-colored back panel, the 12S Pro with a shady black, and the last one would be 12S Ultra in the green-colored leather panel.

All the units seem to have a bumped rear camera module, with the Ultra piece having a golden metal frame as an addition. While no details of any of these handsets are revealed, Xiaomi boasted that the regular 12S is a small-sized high-end flagship, the 12S Pro is 2022’s new flagship standard, and the 12S Ultra is the “new height of mobile imaging flagship.”

With just a week away from the official launch, we post no rumors or leaks but wait for the grand release of these handsets. After all, this series is the first one with Leica lenses as their primary sensors, which were previously hosted by Huawei for it’s flagship, and resulted in great camera output.