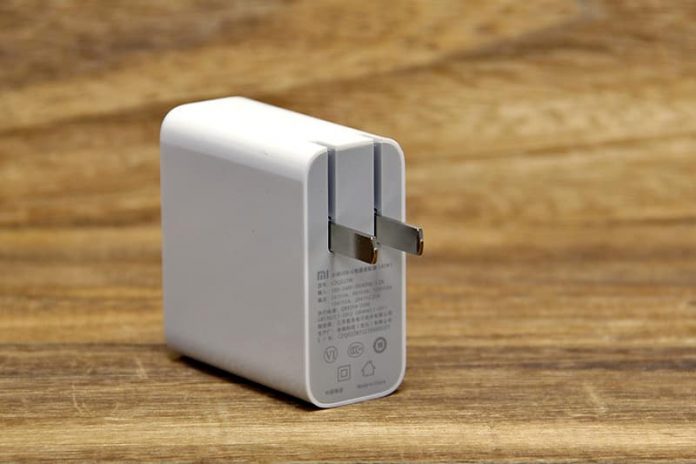 A Xiaomi charger with 55W capacity has listed on a certification site, hinting at the plans for the next fast-charging brick for Xiaomi smartphones. Taking these expectations to next level, a trusted leaker has tipped that this new 55W charger may soon be shipping with Xiaomi and Redmi phones. It’s a model named MDY-12-EQ and has a rate of 11V at 5A charging.

Xiaomi is already having a great time in the smartphone space. It got a strong footprint in all the segments with Redmi in the budget, Poco in mid-range, and Xiaomi itself in premium. It’s even having a separate gaming segment with the Black Shark series. While it’s sweeping off other OEMs with its steep pricing, it’s fairly innovating too.

The latest invention is boosting the battery charge with high capacity chargers. The company has listed a new fast-charging adapter worth 55W on the 3C certification site of China. This reveals the charger’s model number as MDY-12-EQ and pumping the charge at 11V at 5A. A popular leaker, Digital Chat Station says that this charger could be coming to future Xiaomi and Redmi phones.

As of now, only Xiaomi’s Mi 10 Pro supports 50W fast charging, while it comes with a 65W fast charging adapter. And in Redmi handsets, only the Redmi K30 Ultra has the highest powering brick of 33W. Thus, making a 55W adapter means Xiaomi is preparing an equally compatible smartphone with powerful specifications.