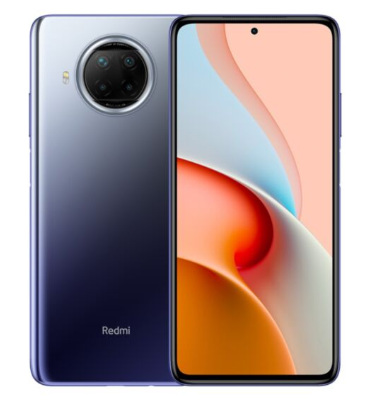 Xiaomi Mi 10i might get released in India as the device recently appears on the Geekbench result. Mi 10 is the flagship series and comes in many variants. We have recently seen a couple of devices in this series from flagship to upper mid-range.

India is Xiaomi’s biggest market after China and the company has done remarkably well in India. The upcoming device name is new as no device in the Mi 10 series has been released with the name Mi 10i. However, it is supposed that this device will be a rebranded version of Redmi Note 9 Pro 5G. This Redmi Note 9 Pro 5G recently released in China which belongs to the Note 9 family.

Xiaomi Mi 10i comes with a model number M2007J17I that appears on the Geekbench results. It shows that the company is extensively testing the device before its release.

The Geekbench result doesn’t clearly specify the device name, it just shows the model number and “gauguin pro” codename. This codename reveals that the device is an Indian variant of Redmi Note 9 Pro 5G.

This device will most probably launch with the Snapdragon 750G SoC. The base frequency of the device chipset is 1.80 GHz. 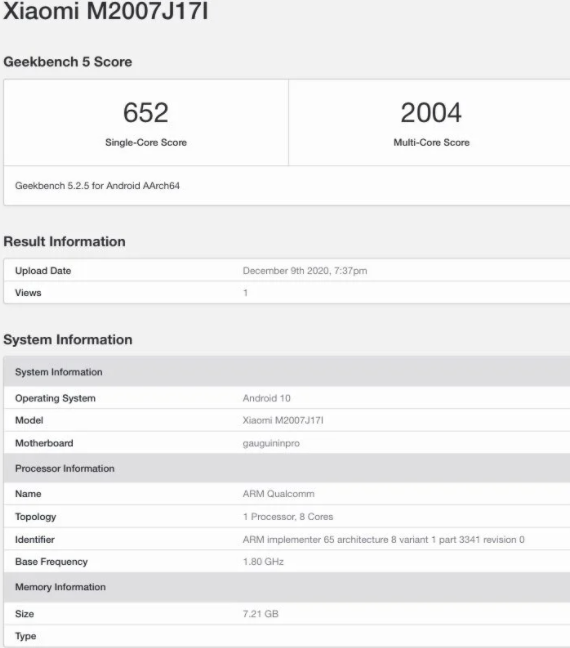 There are some other details mentioned in the Geekbench benchmark listing. The device comes with MIUI 12 on top of Android 10 and with 8GB of RAM. The single-core result of this device is 652 points while the multi-core result is 2004 points. Some rumors appeared last week revealing that the Indian variant of the device will come in two storage models. These are 6GB of RAM and 128GB of storage and 8GB of RAM and 128GB of storage.

There are also three-color options i.e., black, blue, orange/green gradient color. No details of the pricing and the release date is mentioned yet about the company.

Xiaomi Mi 10i will boast a 6.67-inch FHD+ IPS LCD display panel. This display panel supports the higher 120Hz refresh rate. On the display, there will be a 16-MP selfie camera housed on a punch hole cut-out. On the rear side, there is a quad-camera setup with 108-MP+8-MP+2-MP+2-MP sensors. The device may come with a 4820 mAh battery with 33W fast charging.