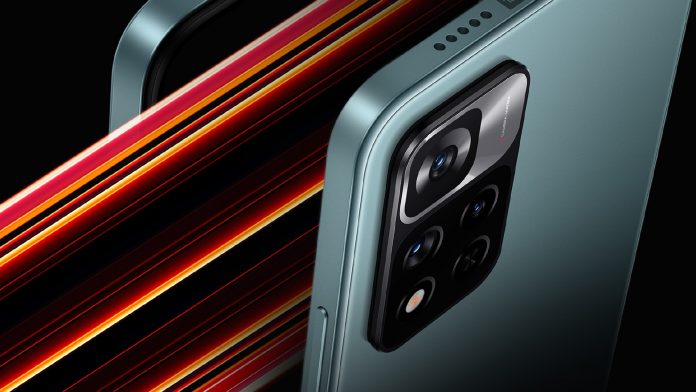 Xiaomi’s Redmi Note 11 series is gearing up to launch tomorrow, and we already have details on the rear primary sensor for one of its two handsets in the series.

It’s reported that either, or both of the Redmi Note 11 series will sport a 108MP rear primary sensor with 2.1 μm large pixels.

Before you wonder how Xiaomi is able to set such a large premium sensor in a budget phone, realize that it’s using pixel binning technology to amplify the image coverage and result.

Xiaomi is all set to launch the next power-packed smartphone bundle tomorrow – the Redmi Note 11 series. The upcoming series will have two handsets in it – a standard one and a Pro variant – and will be placed in the midrange segment.

While few of the specifications are confirmed by the OEM recently, we now have a tip-on the rear primary sensor that either or both of the handsets may have. It’s reported that the series will have a 108MP primary sensor in the rear module, with 2.1 μm large pixels. 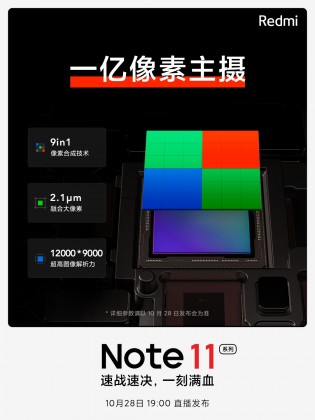 The resolution for this sensor would be 12,000 x 9,000p, with 4:3 as the aspect ratio. Moreover, Xiaomi decided to use the Samsung HM2 sensor instead of the latest Samsung HM3, which was used in the previous generations of Redmi Note phones.

While you’re wondering how Xiaomi is using the large 108MP for a mid-range smartphone, it’s not actually a whole 108MP lens. Instead, it’s using the pixel binning technology of 9-to-1 pixels, to amplify the image resolution and output. Under this, the handset’s primary sensor will be able to gather data from multiple adjacent pixels and combine them into one larger pixel. Thus, it’s actually a 12MP sensor relying on others to make a great output.

Other information regarding the Redmi Note 11 series includes the Pro variant coming with MediaTek Dimensity 920 chip, which is based on a 6 nm TSMC platform and has two Cortex-A78 high performing cores and a Mali-G68 MC4 GPU. Also, it’s touted to come with a 120W fast charging support, though the battery capacity is still unknown.