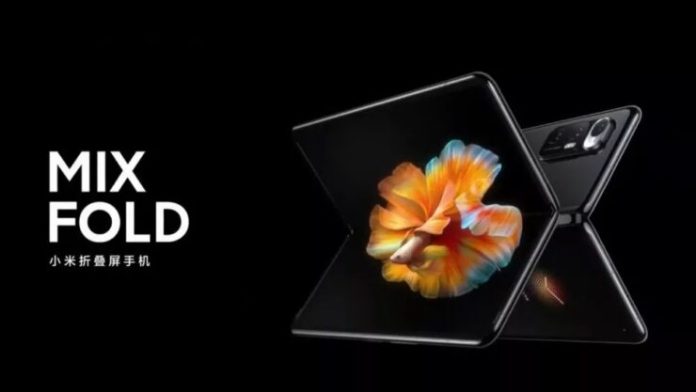 It seems like August is the month of Foldable as Xiaomi also confirmed that they will announce The Mix Fold 2 on the 11th of August. Tomorrow, Samsung will announce it’s next-generation foldable – the Galaxy Z Filip 4 and the Galaxy Z Fold 4. After Samsung, we will see the arrival of Mix Fold 2 – Xiaomi’s second generation of a foldable device. On the same 11th of August, Motorola will also announce Moto Razr 2022 – Motorola’s upcoming foldable device that will compete with the likes of Galaxy Z Flip 4.

The news comes from Xiaomi as the company officially posted a teaser image of Mix Fold 2 on it’s Weibo account. In the teaser image, we see a folded part of the device with a metallic hinge clearly visible and on the top of the device is clearly mentioned Xiaomi Mix Fold 2. Apart from the hinge, there is not much shown in the image. However, there is a camera setup on the rear side backed by the German camera brand Leica due to a recent partnership between the two brands.

Here is the teaser image that the company officially posted on its Weibo account. 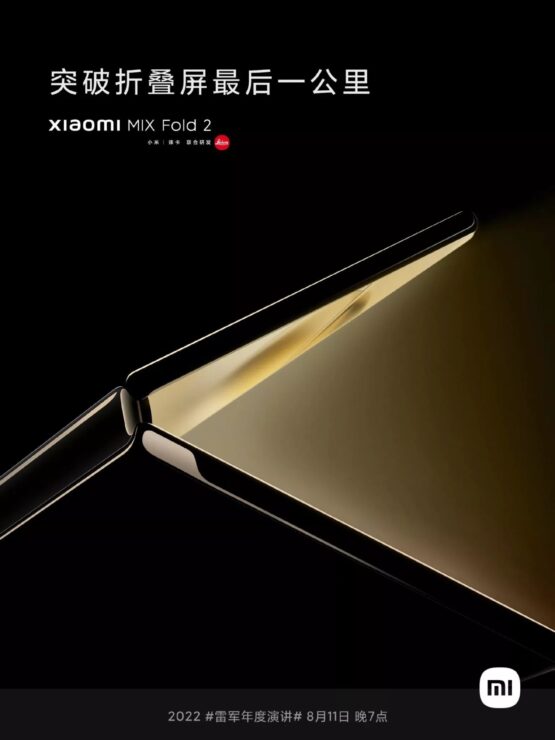 The device will have the same design as we see in it’s predecessor or in the Galaxy Z fold devices. There is a cover display on the front and an inward folding display that unfolds to form a tablet-size device. This is the best folding design and technology that most OEMs adopt for their folding device. We see this design in The Samsung Z Fold devices, Xiaomi Mix Fold devices, and even on Oppo’s foldable as well.

If we talk about the specifications of the device then there is not much to talk about as officially the company did not confirm any specifications. But there are some leaks and rumors which suggest that the device will have a 6.5-inch cover display, and an 8-inch folding display. Both these displays will have a fast 120Hz refresh rate which is a significant upgrade over Mi Mix Fold 1 which had only a 60Hz display.

As it is competing with Samsung Galaxy Z Fold 4 so we expect that this device will come with top-of-the-line specifications including the Qualcomm Snapdragon 8 Plus Gen 1 chipset. There is not much information available at the moment. We have to wait a little bit for the actual product announcement from the Company on 11th August to know the specifications of this device.