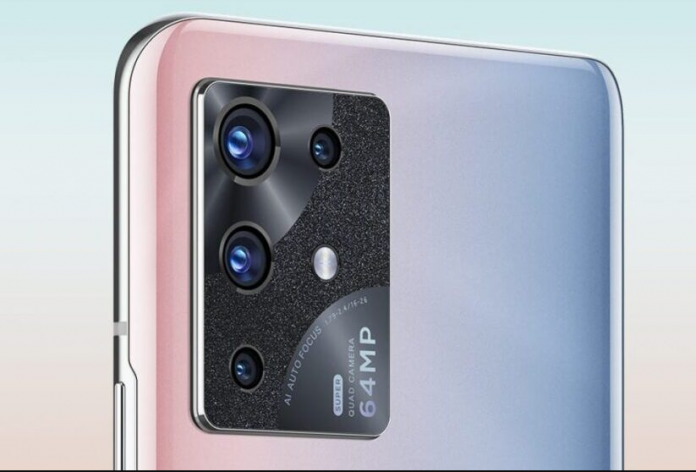 ZTE Axon 30 launch is around the corner and before the launch the company started teasing their upcoming device.

The other day, ZTE posted two teaser videos on its Weibo profile showing the front of the device and the device’s camera greatness.

The second teaser reveals the camera sensor layout and the camera bump. ZTE Axon 30 will come with a rectangular camera bump and inside the camera bump, all three sensors are placed separately in an “L” shape layout. The three camera lenses are the main lens, ultra-wide lens, and the periscope lens. There is also a dual-tone LED light in the camera bump. The camera layout and design looks quite similar to the Samsung Galaxy S21 series.

After the two teasers, the company released another which showcases the camera stability and night mode. By these teaser videos, it is very clear that cameras are the main highlighting feature of this device. They also made huge improvements in their camera system to make it competitive against others like Samsung and Apple.

Not much known about the rest of the specifications but this device is rumored to be a flagship. So it will come with all the top of the line specifications such as Qualcomm Snapdragon 888 SoC. It might also come with the 120Hz higher refresh rate and 55W fastest charging.