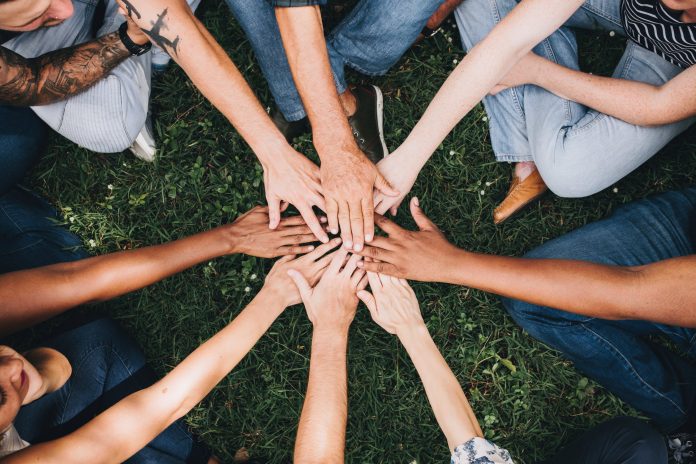 Apps and games can become additive which causes a negative effect on your Digital Wellbeing, but Google 9 Pie hopes to change this by showing you the data.

When Apple unveiled the original iPhone, the goal was to simply create a cellular phone with a touchscreen that could do more than the traditional flip phones of the day. Steve Jobs didn’t even want 3rd-party applications installed on the device but he eventually gave in once he realized how much money it could generate. Google was happy to allow 3rd-party applications onto Android and it was one of the unique selling points in its early days.

The first 3rd-party applications and games were simple, innocent, and either provided you with a way to complete a task faster or they helped you kill some time when you were waiting in line at the store.

Then, some breakout mobile games showed just how valuable the market was and this caused a flood of tactics stuffed in these games that made them quite addictive. Some states in the U.S. are already discussing the idea of making “loot boxes” illegal in children’s games.

Time Flies When You’re Having Fun

This is a poor example of the Digital Wellbeing application above but I am more of a desktop gamer than a mobile one. I have a few installed but they rarely get used as I’m usually working so much. You can easily see this example used in one of those addictive free-to-play mobile game though. You have the ability to toggle between daily and hourly charts and see exactly how much time you have spent in a particular application or game. As they say, time flies when you’re having fun.

And this scenario has been going on within the gaming industry for years. It’s getting close to bedtime and you’re about to beat a level or you’re about to beat a boss and you just keep on playing. You finally get past that boss that you couldn’t defeat before and it gives you that rush of adrenaline. Then this battle ends up making you forget what time it is and when you have to get up in the morning. It is a vicious vicious cycle and this is when games were moderately innocent during the development process.

Mobile Games Pray on Your Weaknesses

I shouldn’t say this as a blanket statement, because there are a lot of good mobile games out there. There are even a lot of good free-to-play mobile games in the Google Play Store. Be sure to keep your eye on the store as there are hundreds of Android app sales published each and every week (game sales too). So, you found a new mobile game that you like and you are curious if it one of the good or bad ones. A lot of these bad mobile games like to use energy and time to keep you coming back to play more.

Think about it, you can only play this game until your energy reaches zero. However, right as you use all of your energy that same thing kicks in before where you start to think “just one more level” or “just one more boss.” So what are your options here? These energy slots slowly fill up simply by waiting. But again, that adrenaline is coursing through your body and you want to play the game now. This is when developers start to allow you to pay real money for extra energy.

Digital Wellbeing is About Time and Money

It doesn’t matter if this is a mobile video game, a video playing application like YouTube or even a regular web browser like Chrome. All of these games and services have one goal in mind. . .to keep your whatever it is you have on your smartphone. Studies have shown that people tend to unlock their smartphones over 100 times a day to check on various apps and games. Other studies have shown that people are getting less sleep at night from using their phone in bed (or waking up in the middle of the night to check for notifications).

This has truly turned into something that even Steve Jobs couldn’t have predicted when he was alive and in a capitalist society, there are times when these things can go too far. Sure, this type of paranoia has happened throughout multiple generations. My generation had to deal with parents complaining that kids were watching too much TV. And sure, some TV shows did implement cliffhangers to get you to wait until after that commercial break, but this is totally different.

Are the Companies to Blame?

Since the whole Digital Wellbeing topic has become so popular these days, there’s got to be someone to point the finger at, right? Parents have done this to the music industry, the gaming industry, and even the television industry. These companies make tons of money so it’s very hard to convince them to start making less. This is rather interesting too because the blame gets put on the industry at large and not the individual companies that are abusing the system.

For example, the original Mortal Kombat game got so many complaints from parents that the video game industry felt they needed to do something. This is when they created the ESRB and that was when we started getting age ratings put on video games. But why would all video games need to be judged when it was just Mortal Kombat that crossed the line. The same thing happened to movies, music, and TV too and it’s the exact same thing happening to mobile as well.

Types of Tactics Used These Days

As more and more publicity surrounds these free-to-play games that literally prey on kids to pay them money so they can get past certain events. There was a Harry Potter game that was recently released and it too had that same energy system. So you could play until your energy ran out and then you could either wait for it to refill or you could pay money to start playing instantly. The game eventually got to the point where one of your wizard pals was being strangled to death by some magic vines.

As a wizard yourself in Hogwarts, you ran in and started to fight that evil vine to help save your friend. The game literally showed you up close images of this character being strangled and about dying. So think of your 3, 4, 5, or even 10-year-old kid playing this game and going through that scene. Then all of a sudden your child’s energy runs out and they think that in-game character is really going to die. Naturally, it’s just a game and if you wait for your energy to refill then you can complete the quest and save them. Children just don’t realize this type of stuff.

This is why we have seen so many stories of children stealing their parents’ credit card numbers (or using the stored credit card number on the smartphone) to pay hundreds, sometimes thousands, of dollars to help thee kids get through these games. Google, Apple, and Amazon have all gone through court cases where they are legally required to refund this money if a child has purchased in-game objects without the permission of their parent. So starting with Android 9 Pie (and possibly older versions), Google is taking this Digital Wellbeing stuff seriously.

As of right now, the application that handles all of this is currently in beta and you must have an Android Pie device to use it. The application is not stable yet though, but there is a beta enrollment page that you can go to in order to try it out. As you can see from these images I’ve been shoring throughout this article, there are a lot of features that Google’s Digital Wellbeing application brings to the table to help you and your children (or even parents) from using these applications and games so much which can actually save your device some battery life as well.

Once this application has been installed, it will log each and every application and game that you have opened. As shown in the first image at the top of this article, you can tap on one of these applications and see an hourly or weekly graph of how much you are using this application. This is a great way to visualize what times you are playing certain games or using certain applications. For example, if you see yourself watching way too much YouTube videos past 10 PM then you may want to put a stop to it so you can get the proper amount of sleep.

The second image on display in this article is actually the Dashboard for the Digital Wellbeing application. This is the first thing you will see when you open up the application and it will give you an overall summary of what you’re doing with this smartphone. You can tap any of these color parts of the graph and dive into the application and then you can examine the daily and hourly usage patterns for those apps or games. Some of these may be fine if you’re always stuck waiting for someone at certain times of the day.

However, if these things are starting to become a hassle, then this new application from Google puts the power into your hands. One of the first things you can do is set timers for the applications and games you are having difficulties with. Sadly, Google isn’t going to set these time limits for you and these addictions can be just as hard to quit as smoking cigarettes or drinking alcohol. Some of us are just mentally programmed to steer toward those additive activities and we have to build the willpower to overcome them.

I have personally quit smoking cigarettes twice with my current attempt keeping me cigarette free for 6 or 7 years. People have many different ways of quitting and the Digital Wellbeing method of setting application timers has been one that I have seen work quite effectively. We are all built differently and there isn’t one solution that will work for all of us. Google says this Digital Wellbeing application is in beta and I believe they will continue to fine-tune the settings and add more features before it launches to the public and after it’s launched too.

Work Together with Google

Google simply doesn’t want to be looked at by parents as the company who doesn’t care to protect their parents. But remember parents, you shouldn’t leave TVs, video games, movies, smartphones and tablets to raise your kids. I get it, there are those times when you just need a break and that’s where friends and family members come into play. Allowing them to build these daily habits at a young age so you can have some time for yourself isn’t good for anyone.

Let’s be thankful that Google is going the extra mile by adding in these types of features that help keep excessive and habitual use under control.